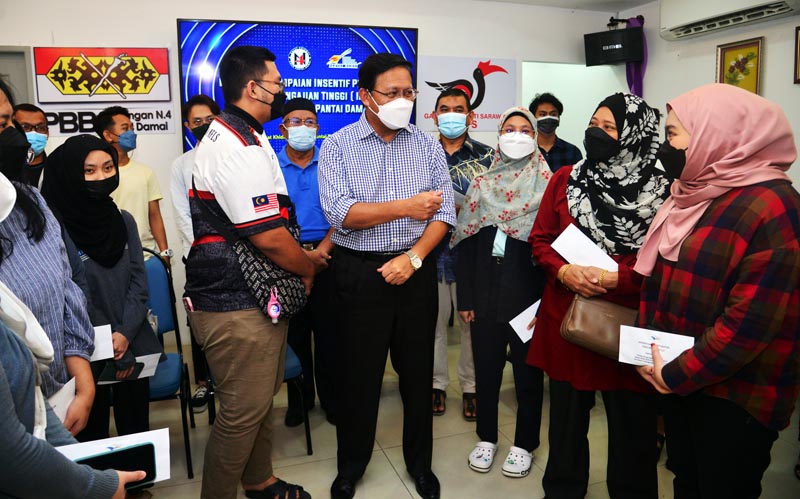 Water and electricity initiatives to be implemented simultaneously

Assistant Minister of Utilities and Telecommunication II, Datuk Dr Abdul Rahman Junaidi, said he would meet with officials from his ministry and Sarawak Energy Berhad (SEB) to discuss this.

“Some places (especially in rural areas) need electricity in order for us to connect the water supply. Therefore, there is a need for these two projects to be done simultaneously.

“If it can be implemented, this will provide convenience to the rural population,” he told the media after handing out incentives to students of higher learning institutions here on Thursday (Jan 20).

Dr Abdul Rahman, who is also the Pantai Damai assemblyman, said his ministry would continue to actively implement Sawas and Sares projects in remote areas in an effort to ensure the entire population has access to water and electricity by mid-2024.

“So far, Sawas will enter the third phase while Sares is already in the fifth phase.

“Most of the rural areas in Sarawak have clean water and electricity.

“At the same time, we are also actively carrying out piping works through the Sarawak Water Grid System to the southern, central and northern zones.”

On the incentives for students of higher learning institutions, Dr Abdul Rahman said it was a dream of the Pantai Damai constituency to produce as many educated people as possible.

At the event, 64 students received the incentives.

Police seek next of kin of accident victim 0