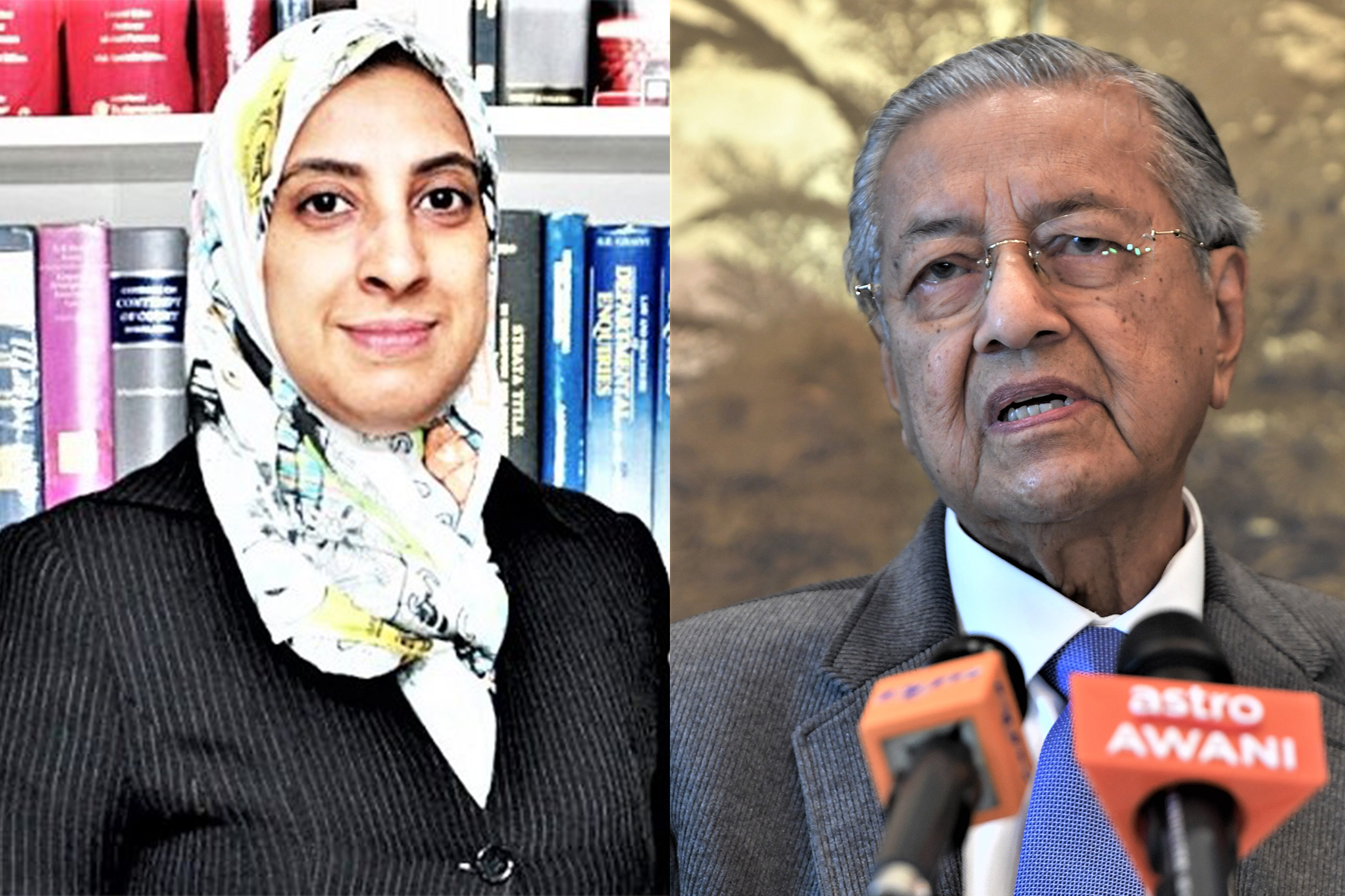 Undoubtedly, the Malaysian Anti-Corruption Commission (MACC) is the most appropriate and important agency to fight corruption head on. Public trust in the MACC is of paramount importance for the agency to execute its duties and responsibilities without fear or favour.

Once the integrity and impartiality of the institution is put into question, that’s the moment it has lost its credibility as an independent body.

Therefore, the person appointed to the highest position in MACC is important, and equally important is the process of the appointment itself.

I believe the crux of the current controversies on the appointment of Latheefa Koya to the chief commissioner’s post lies more on how she was appointed rather than her personality and credentials.

In fact, without a doubt, she is the more than qualified and suitable to head the agency. But that’s not the question; the question is more on how the Prime Minister appointed her unilaterally.

Furthermore, as an active political leader from PKR is there a guarantee that she can play her role impartially, without fear, favour or prejudice?

Latheefa’s appointment, announced on Tuesday, came as a surprise to many. She replaces Datuk Seri Shukri Abdull, who quit before his two-year tenure was up in 2020.

No doubt, she has resigned as a PKR member and as the executive director of Lawyers For Liberty. But is that enough to eschew negative perception about how she was appointed? Will she be able to execute her duties independently or impartially without fear or favour?

Pakatan Harapan (PH) in its General Election Manifesto promised to give the full mandate and trust to the MACC to perform its role. But is PH sticking to this promise?

Forget about PH’s promise to upgrade the MACC to a level that is recognised, similar to that of the Election Commission of Malaysia.

“This enhancement will allow MACC to have its own powers and autonomy, including appointing its own officials, and receiving guaranteed financial allocations, protected by the Federal Constitution. MACC will report directly to Parliament, rather than to the Prime Minister,” it said in the manifesto.

And to ensure effective check and balance, PH promised to increase the number of MACC commissioners. It also pledged a quota for civil society.

Why was Parliamentary Special Select Committee not involved in the appointment? Is this the way forward for Malaysia Baharu as touted by PH? Prior to this, the appointments of IGP Abdul Hamid Bador and Chief Justice Tengku Maimun was also done without consulting the committee.

Therefore, the people and voters as a whole have the right to question the appointment; after all this is a very important agency that they have placed their hopes on to eradicate corruption.

Let me stress here, proper consultation with relevant parties, especially the Cabinet, is crucial to avoid unnecessary negative perceptions that may arise from such unilateral appointment.

Tun Dr Mahathir Muhamad’s public statement that he unilaterally appointed the newly-minted MACC chief is a cause for concern. He admitted that it was his personal decision to appoint Latheefa to the post, and that he did not consult the Cabinet.

Is Dr Mahathir going back to his own style – My Way? This really doesn’t augur well for the future of the nation that is supposed to put transparency and integrity above board.

We have every reason to know why a former active political leader was appointed?

Yes, no doubt, Lateefa’s appointment was done within the ambit of law. However, the contention was not on the legality of her appointment as such but rather such unilateral appointment was not in consonant with the reforms as promised before PH came into power on May 9, last year.

For whatever reasons, this is not in line with the pledges by PH before GE-14. This is the bone of contention.

The whole point of PH ’s election manifesto promises is to ensure a check-and-balance and no abuse of power.

Can a former political leader from a particular party act without fear or favour, particularly, when it involves politicians from PKR and PH?

I don’t know how PKR reacted to her appointment, particularly the faction linked to Datuk Seri Anwar Ibrahim. She was associated with Datuk Seri Mohamed Azmin Ali’s faction and Latheefa was even critical of the PKR president. Therefore, her past involvement in PKR politics raises concerns about her independence.

She has the credentials, and as described by the media, she is fearless and fierce, apart from having a combative political style.

But what’s the point of making promises if it’s not fulfilled? Are election promises just to entice voters, and to be broken later once you are in power?

Many quarters are not happy with the appointment despite the fact that they don’t question Latheefa’s credentials. In the final analysis, Latheefa has to prove her critics wrong.

Even PH Wangsa Maju MP Tan Yee Kew has signed an online petition calling for her resignation as MACC chief. The petition was initiated by an online group calling itself ‘Malaysia Baharu’ on Thursday. Or is this issue just the tip of the iceberg in as far as PH’s political intrigue is concerned?

It’s not enough for Latheefa to say that while everyone is entitled to his or her opinion, her job is clear: to eradicate corruption in the country.

“Everyone is entitled to question, criticise, or express their opinion, but my job is clear – to go after corruption.

“With the support of the rakyat and my officers in the MACC, we can transform Malaysia into a corruption-averse and corruption-free society,” she said in a statement yesterday.

The appointment of any candidate or personality to such an important and powerful post should be done transparently and above board.

The manner it was done definitely is not part of a healthy and mature democracy and should not have happened in the first place, more so under a New Malaysia whereby PH promised to do it in a different way from the previous government.

We should move forward as a mature democracy, including the manner in which we appoint a personality to an important post such as the chief commissioner of MACC.