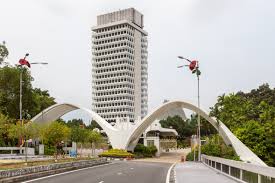 KUCHING: Any move by Parliament to remove the Speaker is provided for in the Federal Constitutional within its legal framework, said Senator Robert Lau Hui Yew.

Lau, who is a lawyer by training, said the Federal Constitution spelt out the appointment and removal of the speaker.

“Simply put, the Constitution is written in such a way that provides for a removal of the Parliament Speaker, it is provided for, it can be used.

“But the decision has to be made by the 222 MPs,” he said in an online talk with the Coalition for Clean and Fair Elections (Bersih 2.0) on Thursday night.

Lau said Malaysia’s parliamentary system followed that of the British Westminster system where the executive branch came from the legislative branch and that the separation of those two powers had always been a problem.

“When we look at all Commonwealth (Parliamentary) system, it is still similar to Malaysia, except England which has modified it to make it less political, but regardless, it will remain politicised, it took them five to six years to really refine it.

“My point is that it will be a long haul to make it a better system,” he said.

Lau said, he disagreed that the move by the Perikatan Nasional government to remove the Speaker was being done in bad faith, as suggested by Bandar Kuching MP Dr Kelvin Yii.

“We are reacting to a situation where PN is using the constitution to do what they are legitimately allowed to do, I disagree with Dr Yii that it is mala fide, it is constitutional, and stated in the law that Parliament can pass a resolution to remove the Speaker.

“We know how the Parliamentary system is, where the Parliament is supreme, it is up to the MPs to decide and act based on their conscience,” he said.

He argued that the move by the Perikatan Nasional federal government was political in nature due to Prime Minister Tan Sri Muhyiddin Yassin wanting to evade a vote of no confidence in Parliament.

“Since it is extraneous in its reason, I argue it is mala fide and unconstitutional,” he said in an online talk with Coalition for Clean and Fair Elections (Bersih 2.0) on Thursday night.

Dr Yii said, while the motion or attempt may be procedurally constitutional, it was not in substance, citing that Article 57 (2) (c) stated unless the Speaker resigned, only Parliament could remove the Speaker.

He argued that there has to be a separation of powers of the three branches of government — legislative, executive and judiciary.

“Basically, one organ should not meddle with the others, that Parliament stands higher than the executive, with only two things above it, the Federal Constitution and the concept of rule of law.

“In this case, Parliament is a body representing the people, basically it is similar to how a servant does not get to appoint his master,” he said.