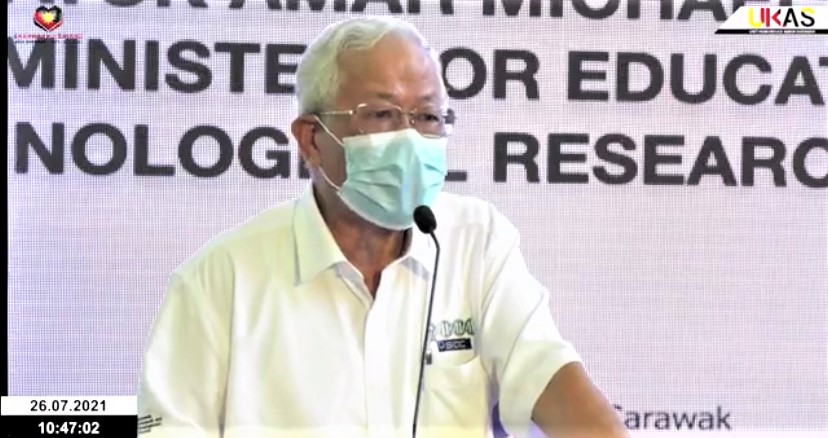 He said all projects as well as the SIDC were now being implemented.

“As a minister in charge, sometimes I do get direct letters or messages telling me that in these two years, we are just blowing hot air.

“They said the establishment of the science centre (Sarawak Science Centre), the five international schools in the state, and this SIDC were just hot air.

“But all these have become reality and are already developed. So, there is no hot air,” he said during the launch of the SIDC and Sarawak Research and Development Council (SRDC) offices at Jalan Datuk Abang Abdul Rahim yesterday (July 26).

The RM200 million SIDC will be located at the site near the Sarawak Heart Centre in Kota Samarahan. It is a research centre under the purview of SRDC.

On the establishment of the SRDC, Manyin said the council was first mooted in May 2017 after the government realised that a lot of research and development programmes were being carried out in the state by various agencies and industries, but most were working solo.

“As a result of that, there was a need for a coordinating body to manage and offer funds for research and development initiatives and to support human capital development in various research sectors,” he said.

He added the SRDC was set up to enable effective coordination of research activities, facilitate and attract meaningful collaborations between local and international research institutions and enhance research and development that would contribute to the state’s socio-economic development.

For research and development activities, Manyin revealed that Sarawak would be focusing on biomedical health sciences and sustainable use of the state’s rich biodiversity for therapeutics, nutraceutics and diagnostics.

“It is envisaged that the synergy between the biomedical health industry and biodiversity will propel Sarawak into a world-class research and development hub and boost the state’s economy,” he said.

The minister said the SRDC aimed to strengthen the research landscape by facilitating research and development programmes both within Sarawak and globally through multidisciplinary research collaboration among agencies, institutions and the industries and to accelerate the creation and growth of a healthy, sustainable and competitive world-class research and development ecosystem for Sarawak.

“Thus, the setting up of the SIDC within the SRDC is one of many initiatives to realise the vision and mission of the council,” he explained.

Manyin pointed out that the Covid-19 pandemic, offered an opportunity for the SIDC not only to study the disease and epidemiology but also to provide a springboard for local and foreign biomedical and biotechnology related companies to develop world class products and services in the state.