Why buy if you can plant! 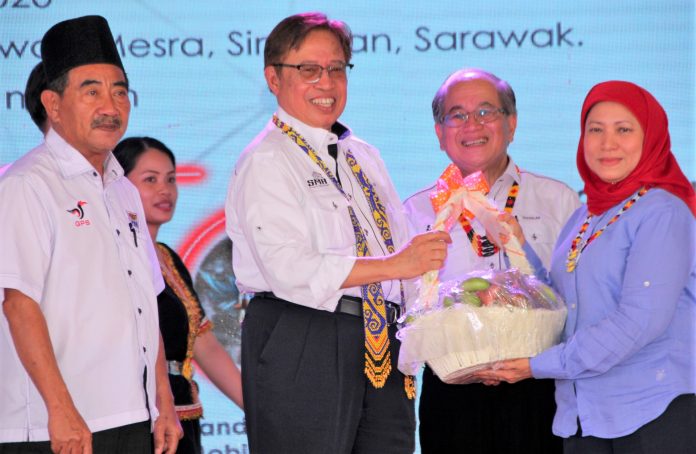 He revealed that he grows his own vegetables in his backyard and encourages others to follow suit by putting emphasis on agriculture.

“Currently, I don’t buy lettuce from the market, my wife doesn’t buy as we grow it in our greenhouse at home.

“I also don’t buy chili peppers as I grow my own cabik geronong (Chinese capsicum),” he said when officiating at a Rindok Digital programme at Dewan Mesra, Simunjan yesterday.

Abang Johari described the greenhouse that he has in his backyard as modestly sized and costs RM7,000 to build.

“I also grow my own okra and tomatoes. Meaning, I can save some of my money, so I can treat my friends,” he quipped.

Earlier, the chief minister urged residents of Simunjan to take up modern agriculture and develop their lands to fulfill Sarawak’s vision to become a major food producer.

“We have good climate for agriculture, the rain is good, the water is good and we have land. The only thing we lack is agricultural technology, therefore I urge you to take up modern agriculture.

“This is the situation now, the Prime Minister (Tun Dr Mahathir Mohamad) asked Sarawak, although we are from opposing parties, to grow as much food as possible. The same was echoed by Daim (former Council of Eminent Persons chairman Tun Daim Zainuddin).

“So, I said to them, anytime, as long as you give the funds to Sarawak,” he said.

Abang Johari lauded the financial allocation for agriculture in the State 2020 Budget, which amounted to RM797 million.

“We provide RM797 million which by all means is no small amount, our agricultural budget is bigger than Penang’s overall state budget (RM792.66 million),” he jested.