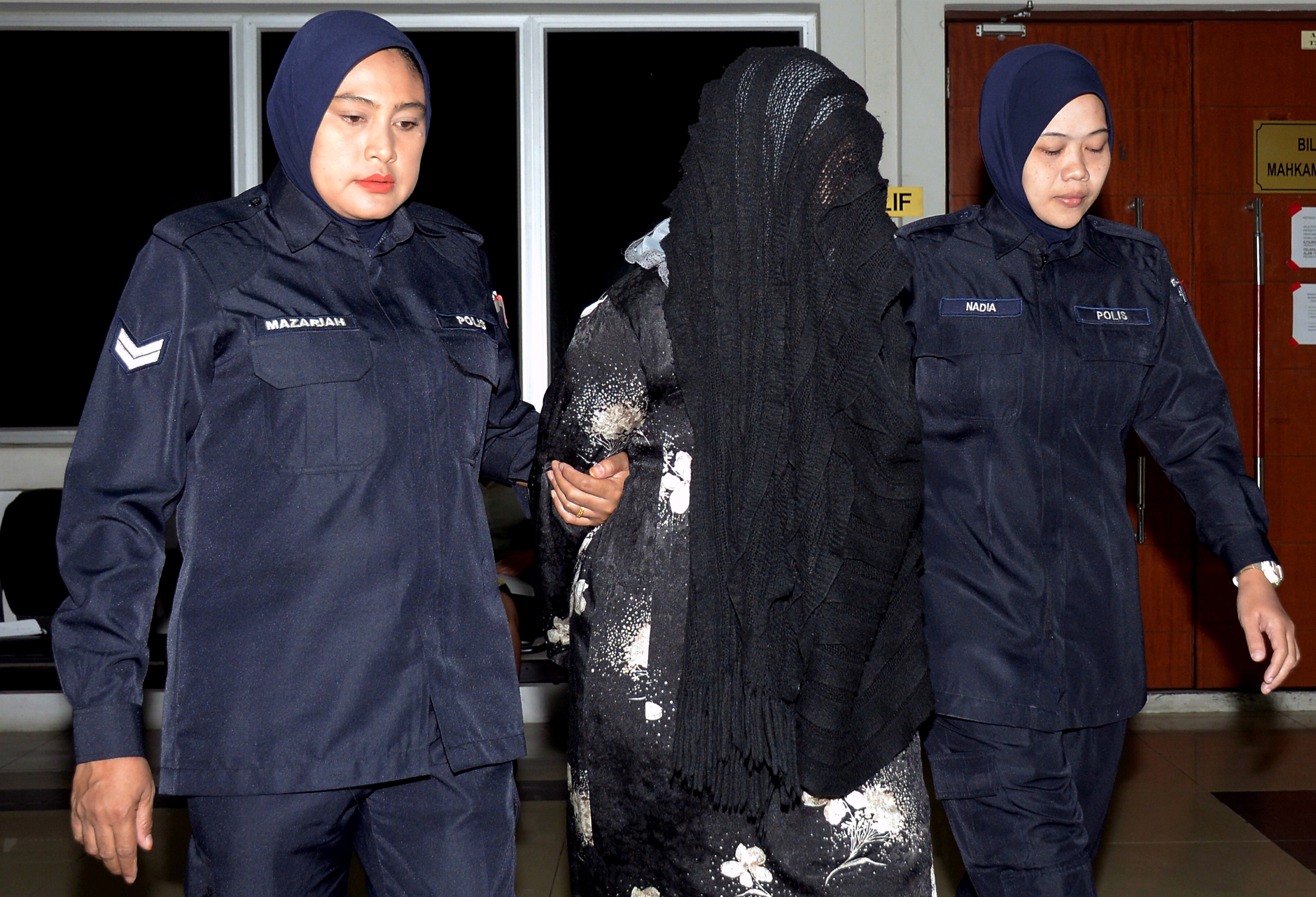 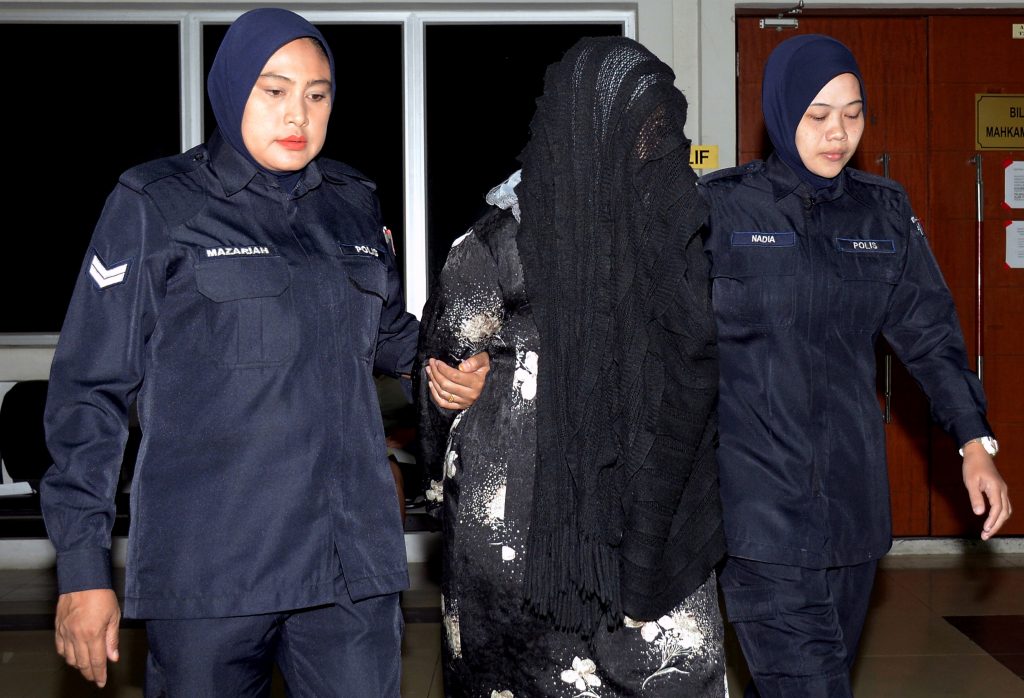 Samirah Muzaffar, 44, (centre) being brought to the Shah Alam High Court yesterday. She and two boys pleaded not guilty to the murder of Nazrin in June last year. Photo: Bernama

Samirah Muzaffar, 44, a former senior executive at Intellectual Property Corporation of Malaysia (MyIPO),  and the two boys, aged 13 and 16, entered the plea after the charge was read out separately to them before Judge Datuk Ab Karim Ab Rahman.

The charge, under Section 302 of the Penal Code and read in conjunction with Section 34 of the same code, provides for the mandatory death sentence upon conviction.