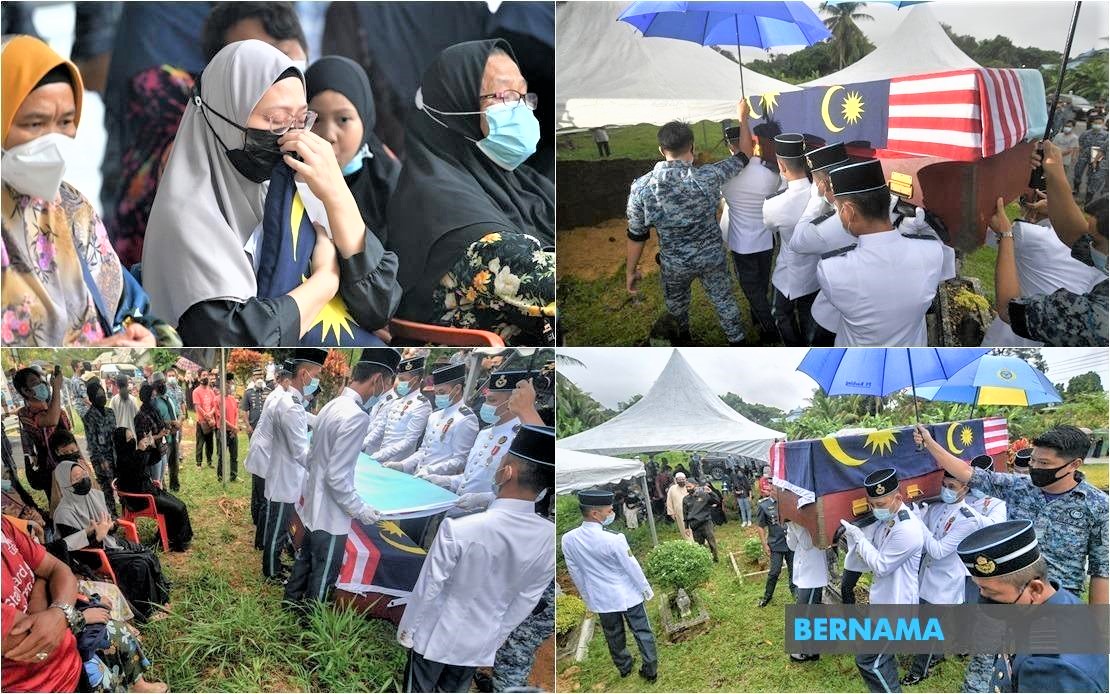 BAU: The wife of Corporal Sharif Mohd Siddiq Al-Attas Wan Sabli who was killed in a shooting incident at the Royal Malaysian Air Force camp in Kota Samarahan, near here last Friday described her late husband as a very loving and good person.

Speaking to reporters after her late husband’s burial at the Kampung Melayu Siniawan Seberang Muslim Cemetery here today, Shima Mustapha, 29, who appeared calm said she accepted the incident as fate.

“At first I did not believe it was my husband until my mother-in-law told me that my husband had been killed.

“To me, he is a hero and remained a fighter until he breathed his last while receiving treatment at the Sarawak General Hospital Heart Centre. Bidding him a final goodbye today will be our last memory together,” she said.

The funeral rites were held in the presence of close family members and RMAF personnel at 10am.

Sharif Mohd Siddiq Al-Attas was the second child of seven siblings and had served in the RMAF for about 12 years.

Previous articleCovid cases remain above 20,000
Next articleMohd Azizulhasni gets another entry in Malaysia Book of Records