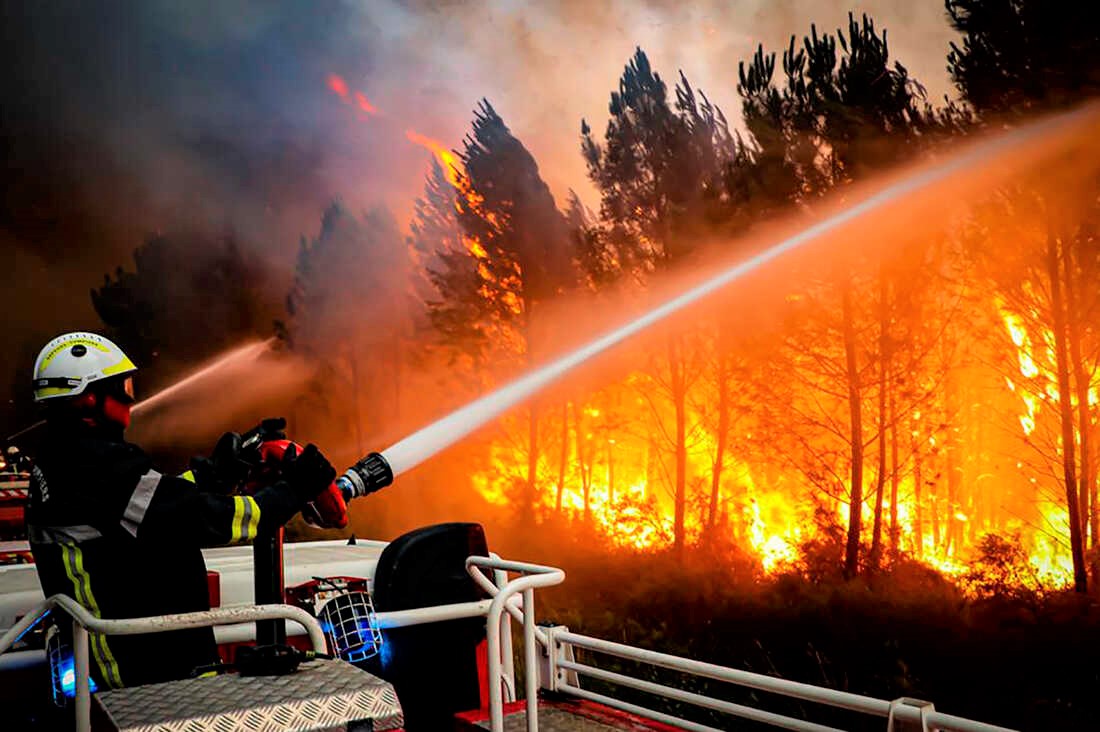 MADRID: Wildfires have so far burnt more than 22,000 hectares of woodland and scrub in Spain since the start of the heatwave over a week ago, emergency services calculated.

Temperatures above 44°C in southern and southwestern Spain and around 40°C for the rest of the country, coming on the back of exceptionally hot and dry months of May and June, have produced the perfect conditions for the wildfires to spread, reported Xinhua.

In southwestern Spain’s autonomous community Extremadura, the fire in the comarca of Las Hurdes remained out of control, while a new fire broke out on Saturday in the comarca of Valle de Jerte, which the Regional Government of Extremadura said started in an absolutely deliberate manner.

In neighbouring autonomous community Andalusia, a fire near the tourist resort of Mijas has so far destroyed around 3,000 hectares of woodland and led to some 2,000 people evacuated from their homes, although Spokesperson for Agriculture and Immigration of the Government of Andalusia Carmen Crespo said there were reasons to believe the fire didn’t start through natural causes.

“We will have to see if it was through negligence or deliberately started,” said Crespo, noting firemen were trying to extinguish two different focal points.

In northwestern Spain’s autonomous community Galicia, authorities are trying to deal with seven different wildfires in the capital of Ourense, which have reportedly damaged several homes.

In northeastern Spain’s autonomous community Catalonia, roads have been cut and some people evacuated from their homes in the municipality of El Pont de Vilomaria. The Catalan fire service has asked other residents to remain indoors.

No fatalities have so far been reported due to the wildfires, while three firemen were sent to hospital for treatment.

The temperatures in Spain are expected to fall slightly in the next 48 hours and then climb back to around 40 degrees centigrade. – BERNAMA