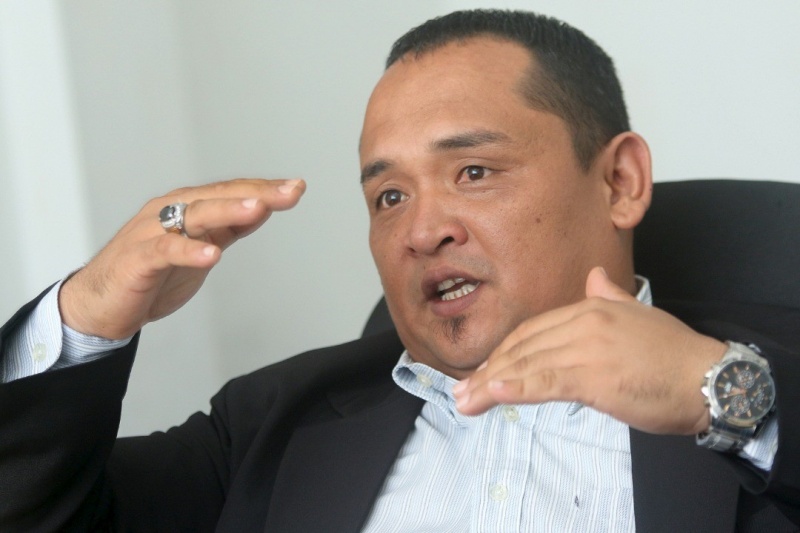 THERE are only two days left to pitch for votes. This Saturday will determine the results of the 15th general election (GE15) after a 14-day campaign announced by the Election Commission (EC).

This unbalanced distribution of parliamentary seats needs to be made better in the future, so that both states in Borneo have balanced representation in Parliament.

The concept of power sharing in the formation of Malaysia should be translated into the division of Parliament seats, so that the spirit of the Malaysia Agreement 1963 (MA63) can be realised.

In this GE15, Gabungan Parti Sarawak (GPS) is using its own logo for the first time, after parting ways with BN following GE14.

However, after Datuk Masir Kujat, the incumbent of the Sri Aman parliamentary seat, left BN-Parti Rakyat Sarawak (BN-PRS), it caused GPS to lose another seat.

Interestingly, four of the five parliamentary seats (Lubok Antu, Julau, Selangau and Sri Aman) that were lost were represented by PRS, a GPS component party.

The Saratok parliamentary seat is represented by another component party in the GPS, namely Progressive Democratic Party (PDP).

For these five parliamentary seats, GPS put up new faces as its candidates to carry out the mission of recapturing these seats. The question is, will GPS be able to recapture these seats in this GE15? Are the entrusted candidates accepted by the grassroots?

Meanwhile, for the Betong, Kanowit and Kapit parliamentary seats, there is no problem for GPS to defend these three seats in this GE15. There may be challenges in Betong and Kanowit, however, it is expected to be overcome before voting day, this Saturday.

Meanwhile, the Kapit parliamentary seat is a stronghold of GPS. It is difficult for other parties to topple Datuk Seri Alexander Nanta Linggi’s dominance in Kapit. His big victory with 10,479 vote majority in the GE14 is difficult to be challenged by other parties.

In this GE15, GPS-Parti Pesaka Bumiputera Bersatu (GPS-PBB) put forward a new candidate, Dr Richard Rapu, to defend the Betong parliamentary seat which was won by Datuk Robert Lawson Chuat in the GE14 with a 8,116-vote majority.

The Betong parliamentary seat is interesting to look at. If there is a big surprise in this GE15 in Sarawak, perhaps Betong is one of the seats that can spring surprises.

As for the Kanowit parliamentary seat, Datuk Aaron Ago Dagang as the incumbent representing GPS-PRS definitely wants to maintain his dominance in Kanowit. In the GE14, he won with a 4,312-vote majority.

Is he able to defend the Kanowit parliamentary seat? On paper, only Kanowit appears to be a white area for PRS.

On another note, the demands of democracy should be understood as best as possible. Political parties and non-governmental organisation (NGOs) should sincerely educate the Iban people to know the true meaning of democracy.

The voice and rights of the Iban people must be fought for in a democratic system, so as not to be left behind in today’s political arena.

The importance and purpose of the election should be explained as well as possible, to encourage them to vote and make the right choice.

Young people and Iban leaders need to have a high political commitment in the struggle to defend the fate of the Iban people.

In reality, for these eight Iban majority parliamentary seats, the Iban voting pattern prefers candidates rather than parties, especially for areas where GPS lost in GE14.

This change more or less gives awareness to the Iban people in making choices during the election.

Nevertheless, this matter cannot explain the meaning of democracy and politics among the Iban people.

The question is, are they aware of the importance of educating and explaining the true meaning of democratic principles that are the backbone of the country’s administration? Or do they just not care at all about this?

So, in this GE15, will GPS have a clean sweep of the seats of the majority of Iban voters? A big victory is very important for GPS, which has been dominating Sarawak politics, in order to be able to determine the political coalition that will form the government in Putrajaya after the GE15.

For sure, as the party that is said to be the playmaker in the formation of the government, GPS should be open to working with any political party including Pakatan Harapan (PH). This action can definitely guarantee political stability in our country after the GE15.

If GPS is able to capture eight of these Iban majority seats, it will contribute to a great victory for GPS in the GE15.

Whoever wins the Iban majority parliamentary seats, the fate and rights of the Iban people must be fought for so that they are not left behind in various matters, especially in policy-making such as educational, economic, and social policies.

Young Ibans should come out and vote this Saturday so that our voices and rights can be heard in Parliament later.