SIBU: Batu Lintang assemblyman See Chee How confirmed in the High Court here on Thursday (Aug 5) that Datuk Seri Wong Soon Koh (defendant) when he was Second Finance Minister told the State Legislative Assembly (DUN) on Nov 11, 2008 that the Sarawak government was bound by an agreement pursuant to Section 4 of the Petroleum Development Act (PDA) 1974 on payment of royalty to Sarawak.

See was giving evidence in a state government’s defamation suit against Wong (who is also Parti Sarawak Bersatu president) for having alleged that the Sarawak government had given a massive discount to Petronas in the payment of Sarawak Sales Tax (SST) for 2019.

During a cross-examination by state legal counsel Datuk JC Fong, See also confirmed that Wong told the DUN on Nov 11, 2008 that under Section 2 the PDA 1974, the full ownership of petroleum and the exclusive rights to exploiting, winning and obtaining Petroleum had been vested in Petronas.

See agreed that until a law is declared unconstitutional null and void it must be complied with. He also told the court that the DUN, Sarawak government and its leaders and even PSB had no authority to declare the PDA null and void.

“Since you proposed only amendment to PDA, it means you concede that PDA is a valid law,” Fong said to See at one point.

“The PDA is properly passed by the Parliament,” See answered.

To another question by Fong, See conceded that negotiation for settlement of disputes was the function of the executive arm of the State government and not that of the legislature, but he alleged that ministerial motion required the executive to be authorised by the consultative committee to negotiate, a point the state government said is baseless having regard to the terms of reference of the consultative committee.

See said he agreed that WSK published a press statement in the Borneo Post online on May 8 last year that the 2019 State Budget as shown by the Petronas settlement to be totally out by billions of ringgit.

However, the Batu Lintang assemblyman did not see any documentary proof to support Wong’s allegation that Budget 2019 was on account of the alleged “massive discount” given to Petronas “out by billions of ringgit”.

He refused to answer the question whether Petronas was given a discount so massive that Budget 2019 was out by billions of ringgit. But See also did not complain during the DUN meeting on Nov 10, 2020 or the consultative committee meeting on June 10, 2020 about any massive discount on SST given to Petronas.

The motion he raised in DUN on May 11, 2020 also did not allege there was any massive SST discount given to Petronas, so massive that the 2019 Budget 2019 was out by billions of ringgit.

He confirmed there was no Supplementary Budget tabled in the DUN on May 11, which showed that Budget 2019 was “out by billions of ringgit.”

The government is suing WSK for defamation for falsely alleging that state government had given Petronas a massive discount, so massive that the Budget 2019 was out by billions of ringgit.

See said he was part of a DUN Negotiating Team to negotiate with Petronas on SST and oil and gas rights. However, until he resigned as a member of the negotiating team on July, 2020 there was no negotiation undertaken by the team.

To another question by Fong as to why as a member of the negotiating team did he not enter into negotiation with Petronas, See said in hindsight he should have written to the chairman of the team to take steps to negotiate.

Asked whether negotiations with Petronas could be done so transparently that “at every stage of negotiations Sarawakians must be informed”, See answered, “I presume you can’t do it in that manner but we can always act within the authority and knowledge of the consultative committee and the DUN”.

Bush fire put out in 50 minutes 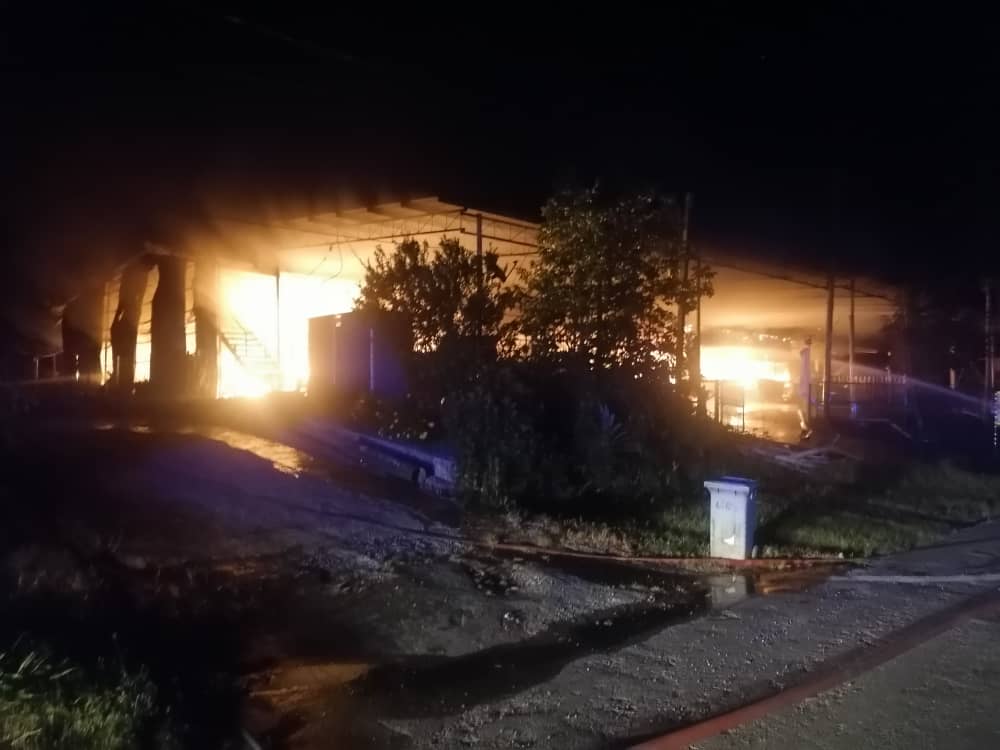