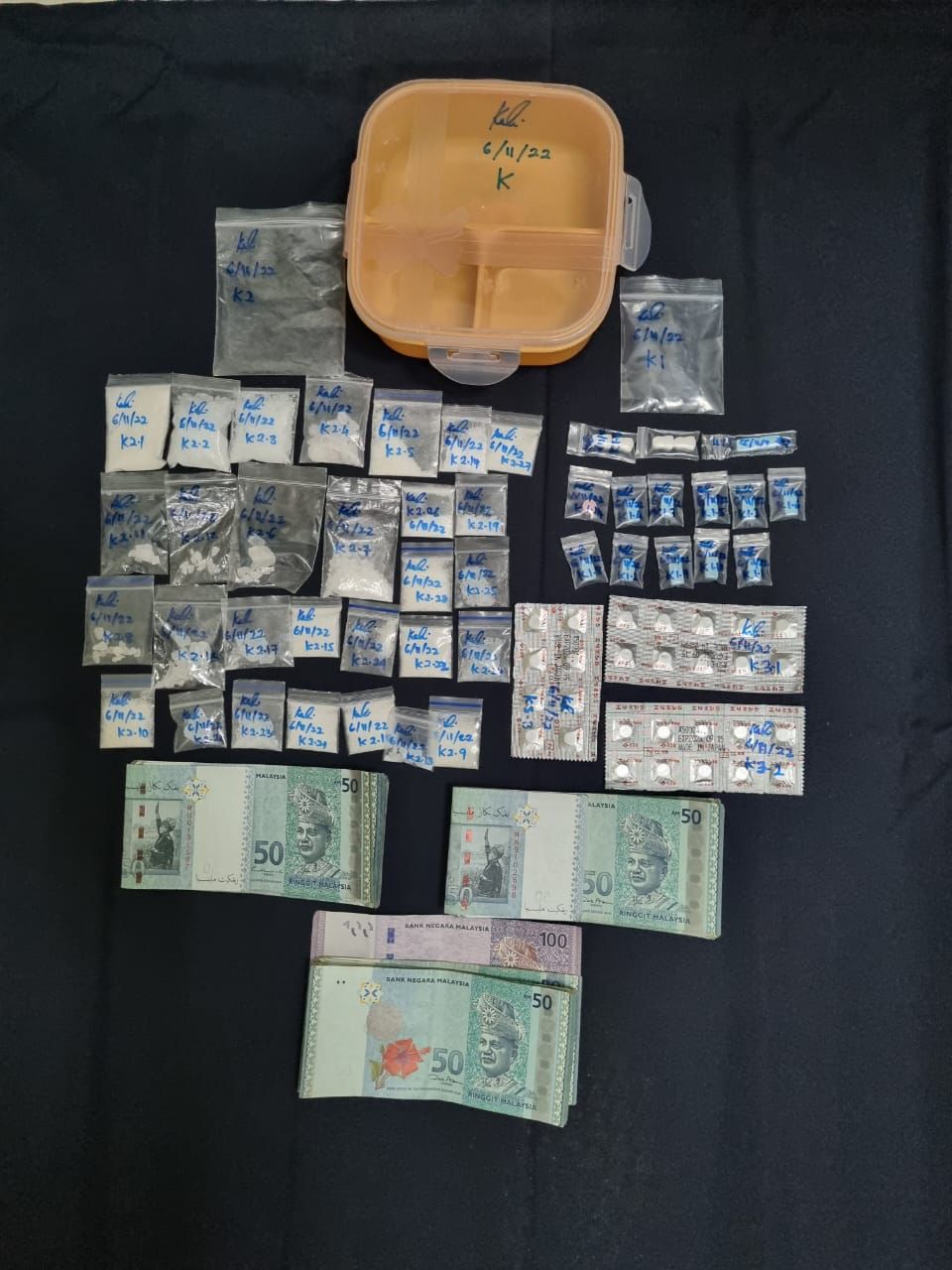 “An inspection conducted found her in possession of 29 transparent plastic packets containing crystalline substance believed to be methamphetamine,” he said in a statement yesterday.

He said the drugs weighing about 52.15g, were worth approximately RM5,215.

Zulkipli said that the suspect who tested positive for methamphetamine, amphetamine and ketamine, had several prior offences related to drug abuse.

“She is being investigated under Section 39B and Section 15(1)(a) of the Dangerous Drugs Act 1952 and as been remanded for six days to facilitate investigations.

“Section 39B provides for a death sentence or life imprisonment and a minimum 15 strokes of the whip, while Section 15(1)(a) carries a fine of not more than RM5,000, or up to two years in prison, or both,” he said.