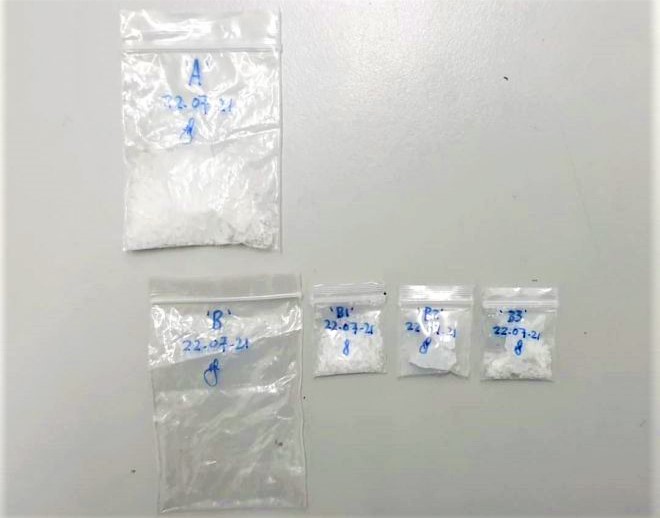 KUCHING: A woman is among four locals arrested for alleged involvement in substance abuse in a rental room on Thursday.

The raid, carried out by Padawan narcotics police, took place around 12.50am in a premises around Matang Jaya area.

Padawan deputy police chief DSP Lim Jaw Shyong said all four suspects, aged between 23 and 35, were detained inside the room.

“Body inspections found nothing illegal on them. However, the team discovered several small plastic packets containing crystalline lumps believed to be syabu on the roof of the window outside.

“The suspects, along with the drugs weighing at 6.01g and valued around RM500, were seized and taken to Padawan police station,” he said.

Background checks found that all the suspects had drug-related records. They also tested positive for drugs.

Lim added that the group will be remanded until July 26 to facilitate investigations under Section 39A(1) and Section 15(1)(a) of the Dangerous Drugs Act 1952.

Young people urged to get involved in NGOs, politics