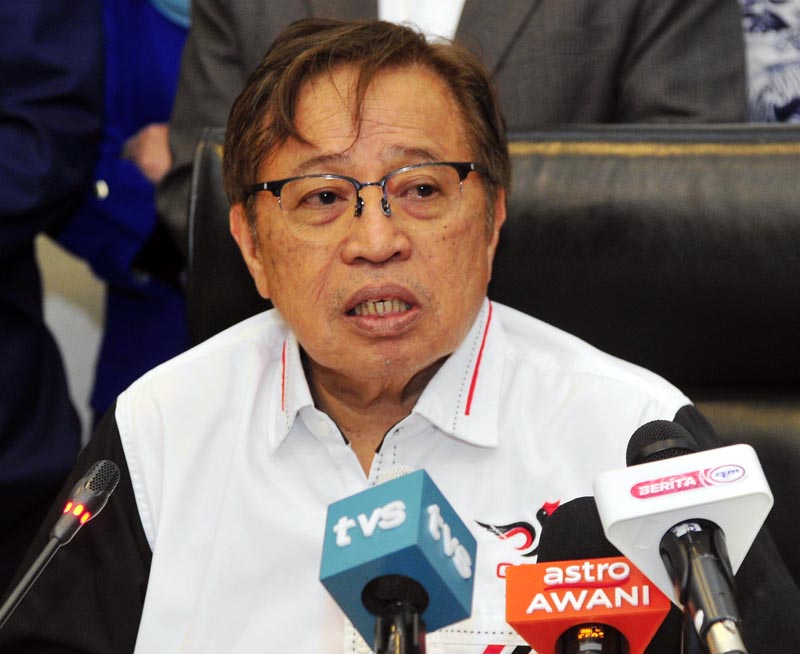 KUCHING: The Gabungan Parti Sarawak (GPS) has amended its constitution to include its component parties’ Women and Youth wing leaders as members of the GPS Supreme Council.

Premier Datuk Patinggi Tan Sri Abang Johari Tun Openg who is GPS chairman said the amendment was to recognise the importance of these two wings.

He made the announcement during a press conference after chairing the GPS Supreme Council meeting at Borneo Convention Centre Kuching yesterday.

“The amendment to include the component parties’ Women and Youth wing leaders as the GPS Supreme Council has been approved by Registrar of Societies (ROS).

“We will also welcome members aged between 18 and 28 into the GPS Supreme Council if the component parties amend their respective constitution and the amendments are approved by ROS,” he said.