But only after meeting CM; this is out of courtesy: Soon Koh

Wong, the Parti Sarawak Bersatu (PSB) president, clarified that when he said he wanted to consult the chief minister on his resignation, it had nothing to do with whether he should or should not step down, but rather as “a matter of courtesy and upholding basic Asian moral values”.

He said apart from his appointment by Abang Johari for a Cabinet post, the chief minister also launched the United People’s Party (UPP) on Jan 11, 2015 followed by its rebranding to Parti Sarawak Bersatu (PSB) on Dec 8, 2018.

“Now that we have political differences, it is only a matter of courtesy and common decency for me to call on him since he was the one who appointed me and took good care of PSB.

Wong, 77, has held the portfolio of Second Finance Minister since July 2004. Apart from that, he is also the six-term Bawang Assan assemblyman.

On the party’s exclusion from the list of councillors, he said PSB, which is not  part of Gabungan Parti Sarawak (GPS), was rocked  by the state government’s decision.

This was followed by the sudden resignation of deputy president Datuk Dr Jerip Susil, the Transportation Assistant Minister, on  July 11.

Wong stressed that he had no “moral locus standi” to remain in the state Cabinet after PSB was sidelined from having representatives in local authorities and statutory bodies, and when their elected representatives’ minor rural project (MRP) and rural transformation project (RTP) grants were also frozen by the state government.

“It’s a matter of political integrity to resign,” he said. Based on the Auditor-General’s Report 2018  Series 1, Wong’s Ministry of International Trade and  E-Commerce has topped the chart with a score of 97.43 percent in financial  management among the state’s 32  ministries, departments and agencies. 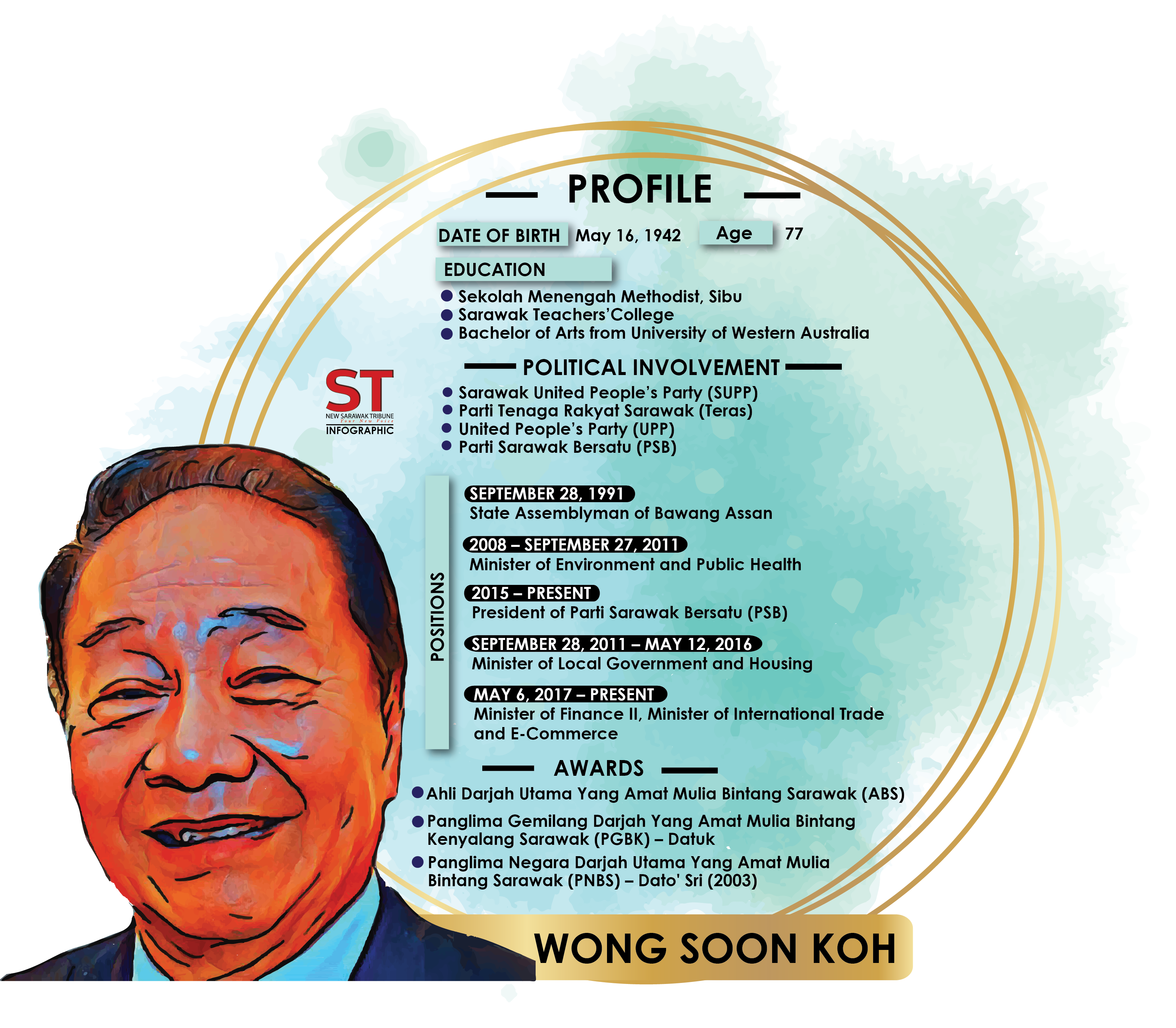