A recent incident involving a pet dog not far from the place I am living set me thinking about what Anthony Douglas Williams, author and animal rights activist, once said — that animals should not require our permission to live on earth as they were given the right to be here long before we arrived.

He has a point, but my topic today is not about his view or arguing that humans have more rights than animals or vice versa.

I am not an animal-rights activist. As much as I would love to be one, I honestly have no time for it. But that doesn’t mean I will stand still and watch nonchalantly while animals are abused and tortured, or killed wantonly. That’s the time I will step in and do whatever I can — but within the confines of the law, of course.

Everyone who knows me well knows I love dogs — aptly known as man’s best friend for their devotion and outright duty. There are numerous tales about their bravery, especially laying down their lives for their masters.

My affinity with dogs goes back to 1965 when I forcibly retained a Dachshund puppy which wandered into our compound, knowing very well that it belonged to a Customs officer staying nearly 100 metres away from us.

I begged mum to allow me to keep it. She agreed on the condition that the owner sold it to us. The kind owner seeing my keen interest in the puppy, decided to let me keep it for RM125 (dollars then).

Thus began a love affair with dogs till this day. I have lost count of the number of dogs that I kept — maybe 22 — mongrels, hybrids and purebreds.

Anyway, let’s get to the issue of a June 18 dog abuse case in a residential area at Mile 9 Kuching-Serian Road where a female dog and six of her eight puppies were forcibly removed from the owner’s compound and later put to sleep.

The authorities said they took action to curb rabies in the area, and argued that the dogs were not vaccinated, which is mandatory under the law. The owner and his family who have their own version of what happened accuse the authorities of highhandedness. As for the cops, they say they have received two reports, one from the authorities and the other from the pet owners.

And joining in the fray are animal lovers, netizens and the general public who are up in arms against those responsible. They have even started a petition for 10,000 signatures to get those allegedly involved in the cruel act punished.

The distraught pet owners, on the other hand, are contemplating suing the authorities.

In the meantime, I have decided to use the rest of the space in this column for a netizen who asked if I could gasak the perpetrators. I said, “You do that… I’ll lend you my space, on condition you present your arguments tastefully.”

“A basket of wrongs

The recent blatant abuse of power by public servants has rallied support not just from animal lovers but netizens and general public across the nation. Many are still reeling from shock of the incident. Similar stories, beyond belief, of past misdemeanours by the perpetrators were shared. Many lawyers and friends in legal circles are offering their advice and services.

There are many wrongs. We need to consider each one separately.

The can of worms

* Abuse of power by public servants on a senior citizen.

* Trespassing. The most obvious. What does a group of men with a dangerous weapon charging into a private citizen’s home constitute?

* This is a Covid pandemic MCO season. Does this operation fall within the purview of essential services?

* Did this group of officers expose the senior citizen to any possible Covid infection?

* Was there a warrant?

* What weapon was used on mama dog?

* What is the standard dosage used in their shoot-and-capture strays operation?

* Who owns the weapon? DVS or MPKS.

* Is it unlawful to demand to remove the shot dog from the owner’s home when it is not a stray?

* Did they verify with the owners if the mama dog was vaccinated?

* The six puppies. Why were they forcibly taken from the owners?

* Is it unlawful to take away the puppies? Does that constitute theft?

* The demand of money if the owners want to keep the dogs. Is it extortion?

* Was a summons lawfully issued?

* Where and were the dogs quarantined for 48 hours?

* Was the mama dog and her six puppies killed the same day?

* There were eight puppies. What is the rationale of leaving two puppies behind?

* Why were the owners’ calls ignored by the DVS officers within the stipulated 48 hours quarantine?

* Why are the owners put to so much strife going in circles from one government department to another? Is there no SOP in place?

* Which party is ultimately responsible for this blatant abuse of power?

* The enforcement officer is the perpetrator. DVS and MPKS are vicariously liable.

* A police report has been lodged. It is now a criminal case. The police have to investigate and take action. We must ensure action is taken without fear or favour.

* Can DVS and MPKS assure citizens that such incidents will not recur?

* Is there any SOP in place in this shoot-and-capture operation?

* We want a declaration of the law and its parameters clearly defined. For the enforcer and citizens.

* Ensure we have better laws and proper execution of those laws.

As far back as 2016, Miri Mayor Adam Yii had called for more work to be done against cruelty of animals. He went further to thank an NGO Zero Strays Miri for their help and assure to help them more.

Tan Sri Lee Lam Thye, patron of SPCA Selangor called for respect for sanctity of life and called all parties to be more accommodating and compassionate in handling stray animals.

He advised all local authorities’ work to catch, trap and euthanise stray animals, be they dogs or cats, to be done humanely according to the law.

“Those who abuse or kill animals are very cruel and have no respect for the sanctity of life and I hope the judgment would provide confidence to the Veterinary Services Department to bring more cases of animal cruelty to court.”

There are many unreported cases of animal abuse. We need to revisit our Local Ordinance, current SOPs of DVS and councils and request for a dialogue with the respective ministry.

Because in this case, the perpetrators are the very men in uniform representing DVS whose functions, among others, is to protect against cruelty to animals. One bad apple has cast a long shadow over this whole department and the government.

So, what does this incident say of us Sarawakians? Should we take this lying down? Where is our empathy? Do we turn a blind eye and remain silent? Where are the NGOs who can be counted to speak up? Can we ignore the painful screams of the dogs trapped in black plastic bags? Can you not hear it in the video of this link? Are we going to allow this ‘organised cruelty’ to perpetuate?

In the trying times of the pandemic, we need to stick together to watch out for each other, to be gentler and kinder to one another and the world at large.

The onus is on each one of us to take an active part; to teach our children and society to respect the sanctity of life, both human and animals alike. We need to soul search and be better.

And the time is now.”

I hope the authorities take note of the netizen’s views above and have some ready answers; don’t sweep things under the carpet.

Take a step back

When ‘SPIDER-MAN’ turns up for his jab 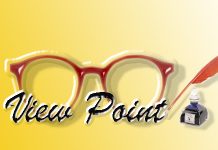 How to resuscitate a failed pandemic response