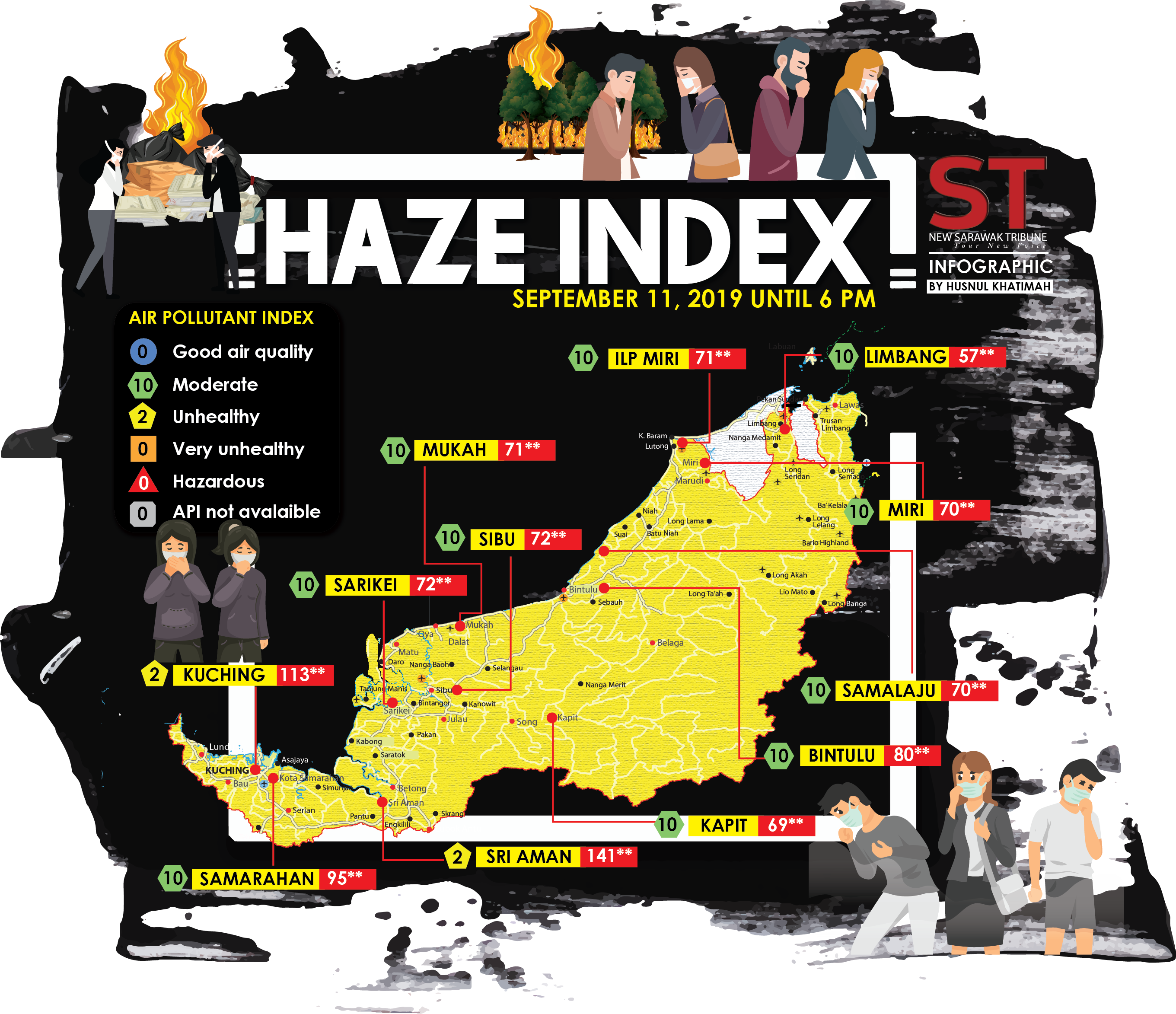 “Jakarta does not feel it because the wind doesn’t blow that way, so they do not symphatise with us,” said Masing, lamenting that the haze situation was an annual problem plaguing Sarawakians.

He said the Indonesian government should take its Malaysian counterpart’s complaints seriously in stopping open burning in an effort to reduce haze.

On the supply of 500,000 face masks by the federal government to Sarawak, Masing commended the move, but stressed that the culprit for the haze in Sarawak was Indonesia.

He also pointed out a newspaper headline “Malaysia sends half a million face masks to haze-hit Sarawak as fires burn” which he said was not accurate.

He opined that the headline should read “Federal government provides 500k face masks to Sarawak due to high API to its eastern state”.

According to Masing, the headline gave the impression that Sarawak was not in Malaysia.

“It’s like a colonial master giving assistance to its colony.

“Is this the perception of people in Malaya on people in Sarawak? I’m very disappointed,” Masing added.