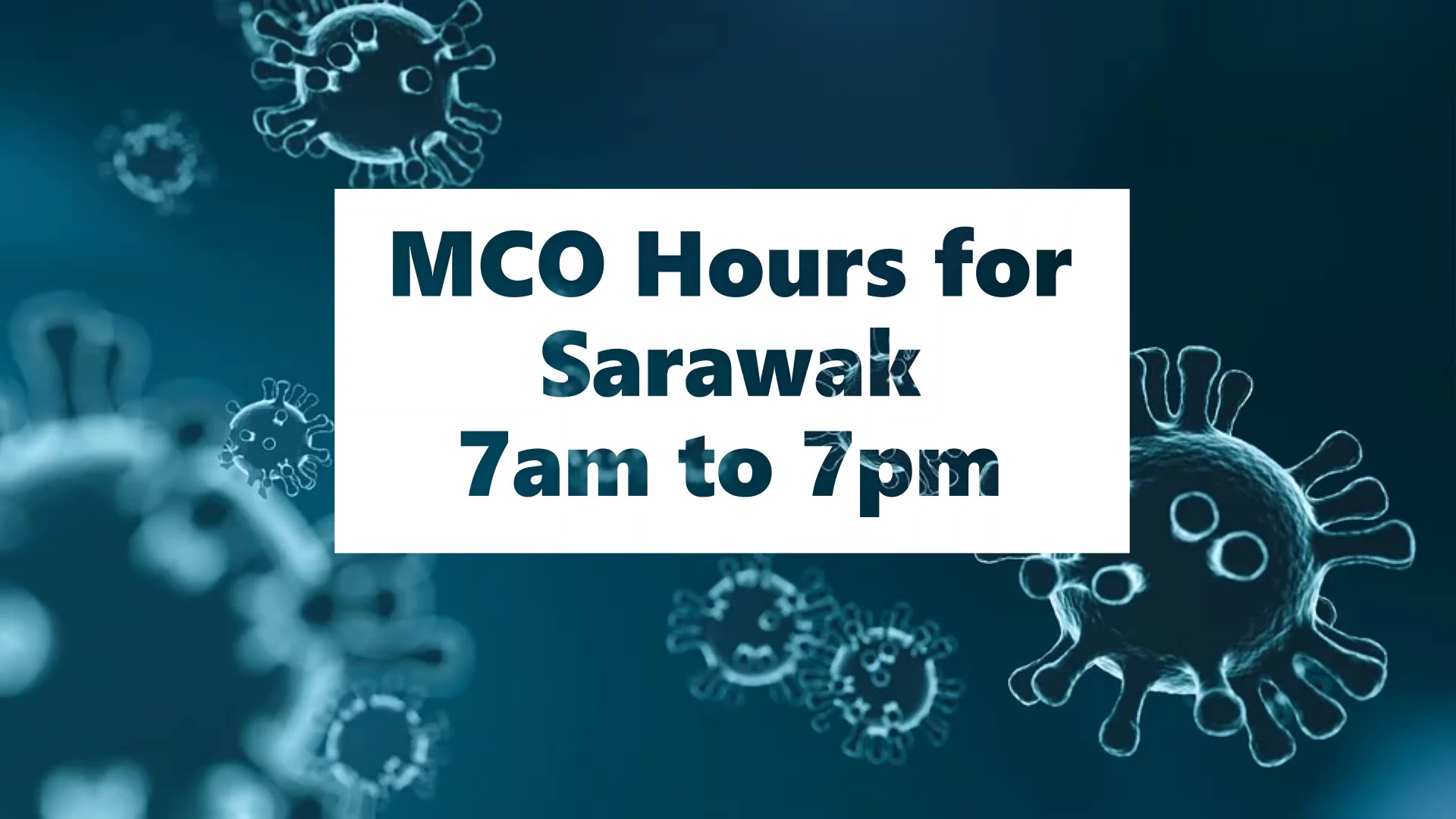 KUCHING: Several members of the public have applauded the state government’s decision to maintain the movement control order (MCO) hours from 7am to 7pm in Sarawak, despite the decision by the federal government to change the hours from 8am to 8pm.

They agreed that the decision by state government was made based on the lifestyle of Sarawakians and also to curb the Covid-19 pandemic, but also in terms of geographical reason that it was not necessary for Sarawak to change its MCO hours.

I agree with the state government’s decision because it is better to have people in their houses earlier. Although it is just one hour, but that one hour could make a lot of difference.

I support the state government in maintaining our 7am to 7pm curfew because if we change it, this may cause confusion for the public as the public are already familiar with Phase One of the MCO.

I agree with what the state government has done because the public have complied with the pre-determined time, and there is no need to change. So, the decision is a wise choice by the state government, in order to avoid confusion and curb the pandemic.

It suits the people. Here, Muslims pray at 6.45pm, and it gets dark by 6.30. The government is making a good decision based on the people’s lifestyle.

The sun rises earlier in Sarawak; 7am in Kuching is bright, while 7am in KL is still a bit dark. Most of the offices in Sarawak practice 8am-5pm working hours, while normally federal follows 9am-6pm working hours. Thus, this explains why Sarawak should follow 7am-7pm instead of 8am-8pm. Anyhow, we also fulfil the 12-hour curfew.

I agree because it’s basically the same duration. The earlier the stores/markets are open, the faster people can get things settled and return to their homes.

Sarawak does not have to follow the 8am-8pm restriction hours because it’s different from Peninsular. If Peninsular used the 7am-7pm, it is not possible for the public to reach home early and it is already dark here in Sarawak around 7pm.

I think it’s wise to stick to what we’re used to before so as to avoid confusion. Regardless of the differences in the time restriction, the aim remains the same anyway.