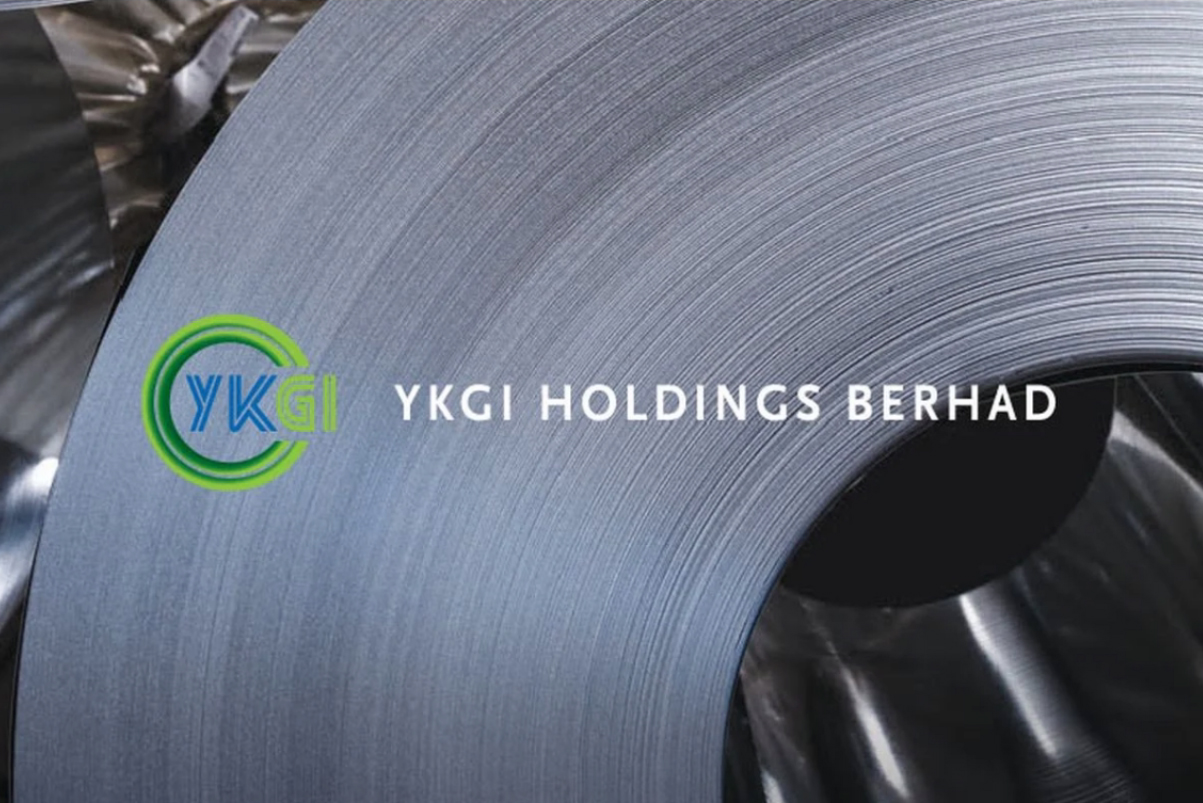 The company attributed the revenue growth to higher steel price despite a lower sales volume in the current quarter under review.

The East Malaysian business was the main contributor to group revenue, with contribution of RM55.86 million (Q22021:RM46 million) while the business in Peninsula Malaysia chipped in RM19.85 million (RM14.6 million).

The group East Malaysia’s operation is involved in the manufacture and sale or pre-painted, galvanised iron, roll-formed products and trading in hardware and building materials.

The peninsula operation is involved in manufacture and sale of roll-formed products, trading of coated and non-coated coils.

“The group reported an operating profit before interest and tax of RM3.9 million compared to RM3.5 million in 2Q21,an increase of 12 per cent. The higher profitability was due to higher sales revenue resulted in higher gross profit contribution albeit that the gross margin is lower compared to 2Q21,” YKGI said in explanatory notes to its financial results.

“In terms of operating results, the current quarter registered a higher turnover of 30 per cent. The operating profit for the period was RM6.11 million versus RM0.43 million, an increase of 1,311 per cent. The better performance in 2Q22 was mainly due to higher gross profit margin by about 2.9 per cent coupled with higher sales volume by about 16 per cent,” it added.

On prospects going forward, YKGI said the fear of economy slowing down is gripping financial markets as the steel price has tumbled from its peak, reversing the bullish developments which prevailed in the steel sector over the last year.

“The rising global interest rate will affect consumer sentiment which will impede economic growth. Given the current scenario, the group is cautiously optimistic on its performance for the rest of the year,” it added.

On its fund raising exercise, YKGI said it has raised net proceeds of RM1.881 million from the subscription and allocation of 10 million shares to Macquarie Bank Ltd as at Q22022.

Under the private placement exercise, Macquarie Bank is to subscribe up to 93 million new YKGI shares, representing up to approximately 21.69 per cent of the company’s total number of issued shares.

On July 20, 2022, YKGI has announced another proposed private placement of up to 10 per cent of the company’s total number of issued shares to third party investor(s).

With the extension time, PKSSB will execute a supplemental agreement with Tenaga Nasional Bhd to effect the aforesaid terms, where relevant, in the PPA.

The Energy Commission has also granted PKSSB extension of time for the schedule commercial operation date of the plant from Sept 30, 2023 to Dec 31, 2023.

KPower said extension of time is expected to have a positive impact top its future earnings.

Time for young and capable not Tun M

PM proposes to UN to open regional office in Malaysia

Let others lead, call it a day for Dr M

MATU: The Kebuaw/Igan road access to Sibu will become...

Much to do to achieve Malaysian Family ideals