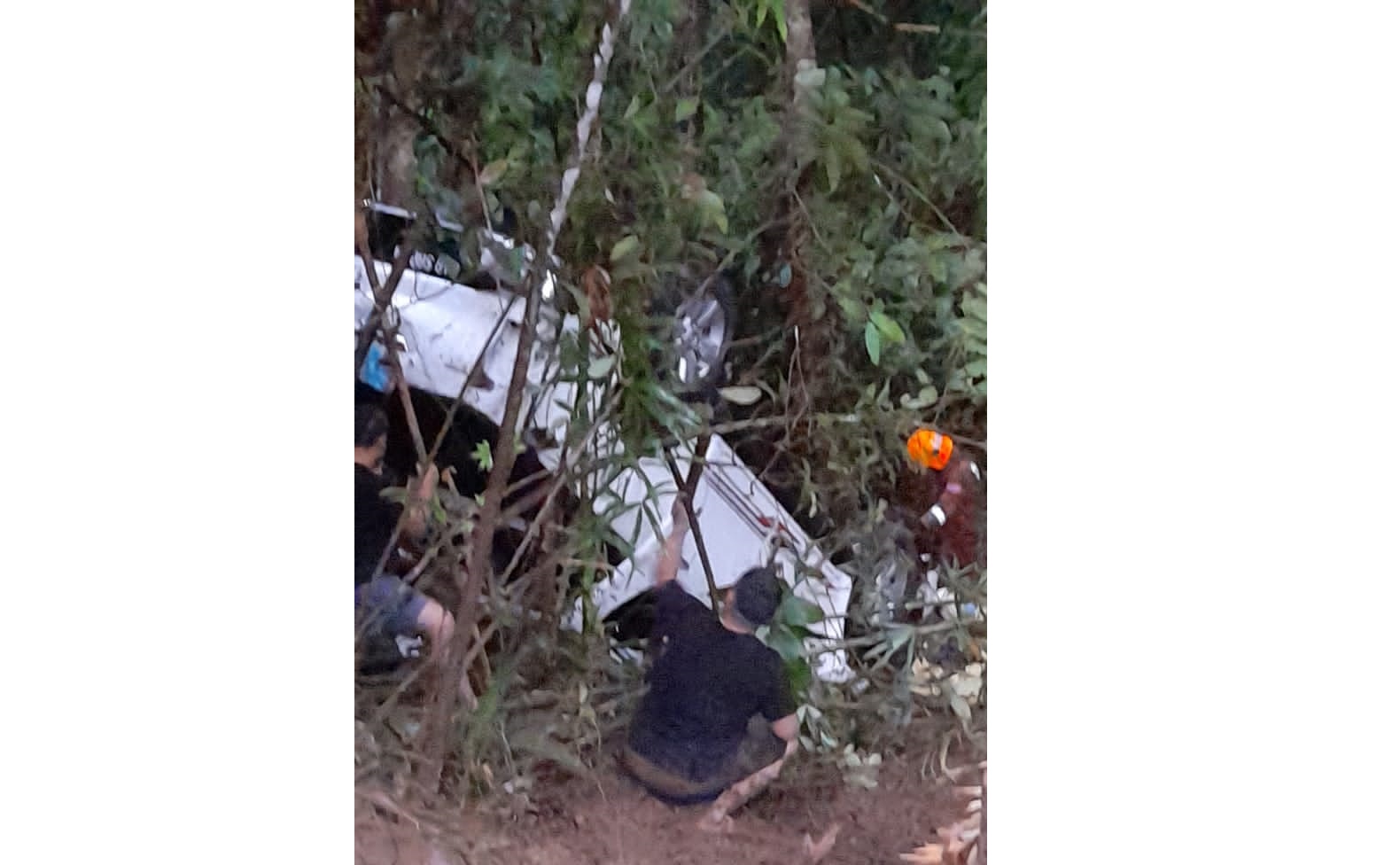 PADAWAN: A weekend family vacation turned tragic when a 22-year-old woman died after the pickup truck she was riding in plunged into a ravine while descending Jalan Borneo Highland Resort yesterday.

Thirteen family members of the victim, including two children, were said to have been in the same vehicle and to have suffered various degrees of injuries.

Prior to the crash, the family were carrying out recreational activities at a waterfall located on a mountain in the area.

A spokesman from the Fire and Rescue Department (Bomba) said they received an emergency call pertaining to the accident around 2.45pm.

Firemen from Siburan station and Kampung Simpok auxiliary firemen were promptly despatched to the scene to commence rescue works.

Before the team arrived, seven of the victims had already been saved by members of the public.

Meanwhile, the team was able to extricate and save seven other individuals from the car.

All of the victims were raised and rescued from the 30-foot-deep ravine using three stretchers and ropes.

All of them were stabilised before they were handed over to paramedics for further treatment.

The last victim being rescued and lifted out of the ravine.

Rescuers use ropes and stretchers to bring the remaining victims out of the ravine.

Rescuers carry one of the injured victims on a stretcher to be handed over to paramedics for further treatment.