KUCHING: Five Sarawakian youth, representing the Undi Sarawak campaign, have filed for a judicial review at the Kuching High Court on Monday against the prime minister, the Malaysian government and the Election Commission (EC) to urge for the immediate lowering of the voting age from 21 to 18 before the coming state election.

They are seeking to quash the government’s decision to delay the lowering of the voting age.

Ong said the applicants were seeking a declaration from the Court that the government’s actions in delaying the implementation of the Undi 18 Bill were unreasonable, unlawful, and amounted to voter suppression.

“In addition, the applicants are also seeking a Court Order to compel the government to enforce Section 3(a) of the Constitutional (Amendment) Act 2019 on or before July 2021,” he said during a press conference held via Zoom by Undi Sarawak today.

“Undi Sarawak holds firm to our belief that youth between the ages of 18 and 20 are owed their constitutional right to vote.

“This is made more pertinent for approximately 125,000 to 135,000 Sarawakians aged 18 to 20, as Sarawak state election ought to be held by Aug 7 this year once the ongoing Emergency period ends in early August.”

Hence, he said the Undi 18 Bill must be implemented by July this year to ensure young Sarawakians could  exercise their rights as first-time voters during the upcoming state election.

Taking note of Minister in the Prime Minister’s Department (Parliament and Law) Datuk Seri Takiyuddin Hassan’s recent remarks on the implementation of Undi 18, Ong said while they welcomed the Malaysian Cabinet’s renewed commitment to implement the lowered voting age by July this year, it remained to be seen whether there was a fixed course of action and timeline to do so.

He said a similar judicial review had also been filed by 18 applicants representing Undi 18 in the Kuala Lumpur High Court on April 2.

Earlier on March 25, EC chairman Datuk Abdul Ghani Salleh said automatic voter registration and lowering of voting age to 18 could only be implemented after Sept 1 next year due to various constraints and issues.

Lawyer Simon Siah of Lawyer Kamek for Change (LK4C) said from March 25, they had 90 days to file a judicial review and, in this period, they had been gathering participants to become applicants in this case.

“Right now, the Court has given us an e-review date which is on May 24, but generally for judicial review applications it should be a hearing before the Judge.

“The papers are ready and we will be serving the papers to the Attorney General Chambers (AGC) here in Sarawak in the next few days. We will ask it if it has any objections to our application and we will try to get the hearing date on May 24 itself, or maybe earlier.”

Siah, who is also legal counsel for this case, believed that it would be possible to get a decision on this matter before the state election.

“But it really depends on how the AG (Attorney General) reacts to it and what they request, such as time for filing for submissions and so on.”

For those who wish to support this judicial review by contributing towards the legal costs, donations can be made via bank transfer to the following bank account: Persatuan Pengundi Muda, CIMB Bank 8603878996, with the reference ‘SineUndiKamek/UndiSarawak’. 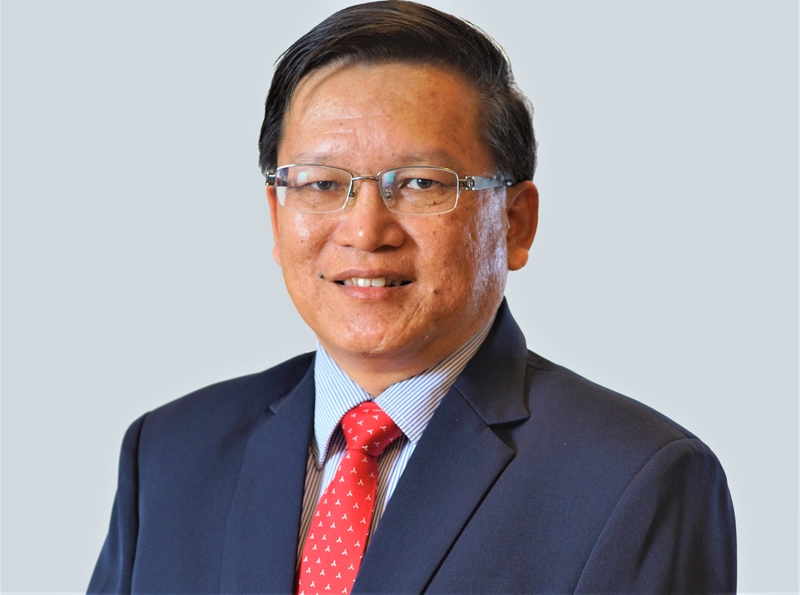