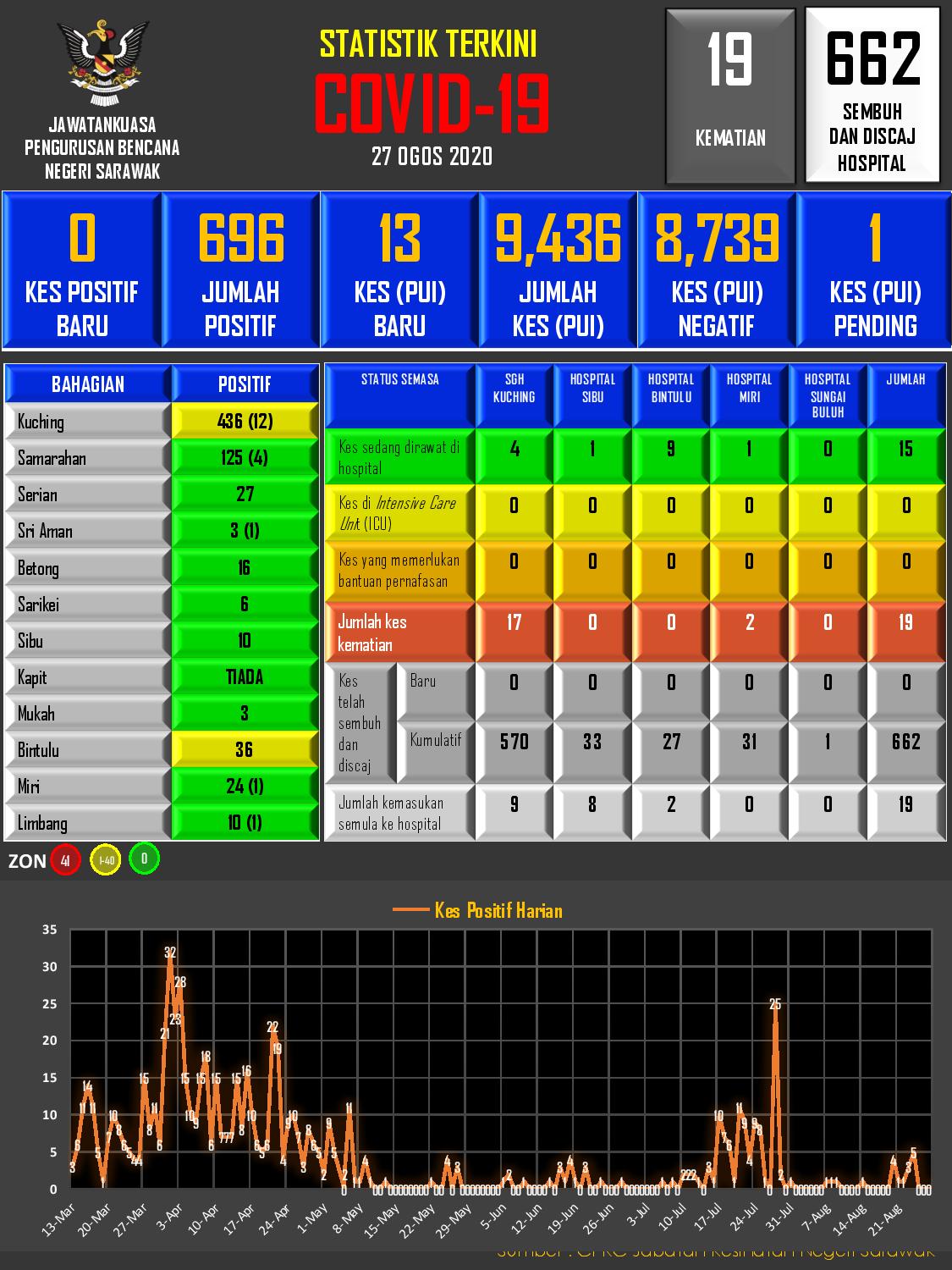 KUCHING: Sarawak recorded no new positive Covid-19 cases for the third consecutive day on Thursday, with the total number of positive cases in the state remaining at 696.

Sarawak Disaster Management Committee (SDMC), in a statement said, there were also no new recovery and discharge cases on Thursday.

“Thus, the number of recovered and discharged Covid-19 cases so far remains unchanged at 662, or 95.11 percent,” the statement said.

SDMC said 15 individuals were still receiving treatment at hospital isolation wards –nine were being treated at Bintulu Hospital, four in Sarawak General Hospital, and one each in Sibu Hospital and Miri Hospital.

There were thirteen new cases of person-under-investigation (PUI) reported while one PUI case is still awaiting laboratory results.

As of Thursday, there was one remaining active cluster in Sarawak – Alam Cluster involving seven cases.

SDMC also noted that the Royal Malaysian Police (PDRM) issued five compound notices for non-compliance of the standard operating procedure (SOP) – two in Padawan and one each in Miri, Betong and Sarikei.

Meanwhile, 92 persons-under-surveillance (PUS) were checked into hotels on Thursday to undergo quarantine, bringing the total number of PUS at 14 hotels to 945, while 22,518 PUS had completed their quarantine period.

On Ops Benteng, the committee said a total of 956 vehicles were checked at six roadblocks in five districts on Thursday – two in Lundu and one each in Bau, Serian, Sri Aman, and Lubok Antu.