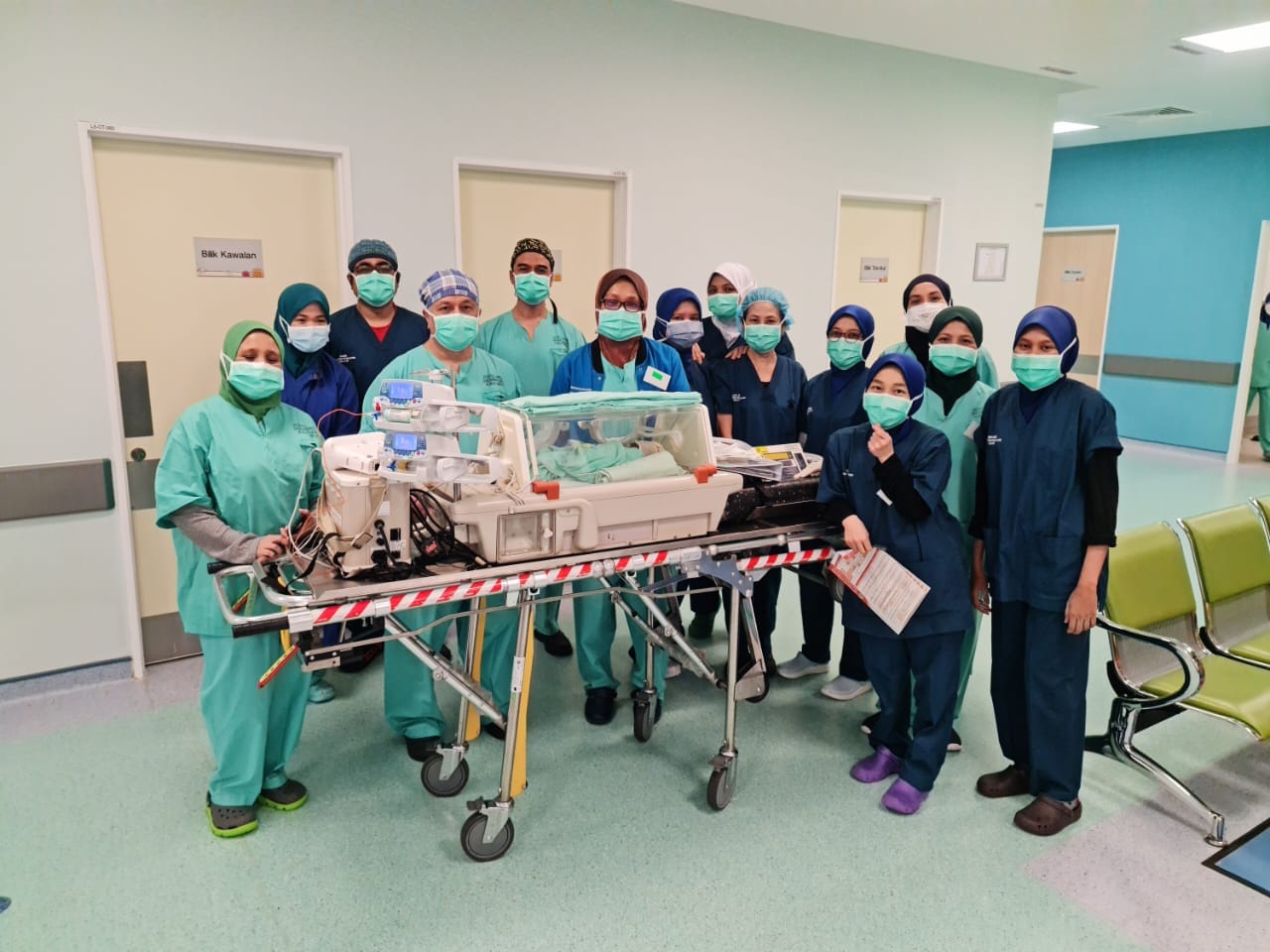 KUALA LUMPUR: The premature conjoined twins who were successfully separated through surgery at the Hospital Tunku Azizah (HTA) here yesterday, are in stable condition, although they still require respiratory support.

HTA paediatric surgery consultant specialist Datuk Dr Zakaria Zahari said this was because the conjoined twins were premature babies and the breathing aid would be needed for another three to four days.

“Alhamdulillah (praise be to God) so far, the twins are okay. We expect them to be ‘off’ respiratory support in three to four days’ time, but monitoring will be done on a day-to-day basis,” he said when contacted by Bernama here yesterday.

Earlier, HTA in a statement on its Facebook said the hospital had created history with the successful separation of the conjoined twins who were 17 days old, yesterday.

The surgery on the two baby boys, weighing 2.7 kilogrammes, had to be done earlier due to the complication of ‘extrauterine twin-to-twin transfusion syndrome’, as normally, such a surgery is done when the twins are between three and six months old.

Besides Dr Zakaria, the 66-minute surgery which went on without any major complications, involved 12 surgeons as well as nearly 20 nurses and staff of the HTA paediatric operating theatre.

The twins were born at Hospital Raja Permaisuri Bainun (HRPB) in Ipoh when their mother was only 33 weeks into her pregnancy before being referred to HTA.

Dr Zakaria also said that after the respiratory support is removed, the twins still needed to be in HTA’s neonatal intensive care unit (NICU) for at least a month, depending on the progress of their recovery including weight development.

“We need to monitor the twins’ condition because we are worried that there are certain problems such as surgical wounds or inability to breathe. Another surgery is only done if something occurs in the intestines, such as leaks or twists, but at present, 24 hours after the surgery, nothing has occurred,” he said.

Meanwhile, Health director-general Tan Sri Dr Noor Hisham Abdullah in his Facebook said the surgery on the conjoined twins – the youngest to be operated on at 17 days old, were joined at their chest – including the liver and intestines.

“It was a 10-hour operation. Seven bags of blood including blood components were required to ensure the stability and safety of the two babies throughout the surgery.

“Congratulations and thanks to the HTA team, led by Datuk Dr Zakaria Zahari, for saving these twins,” he added.