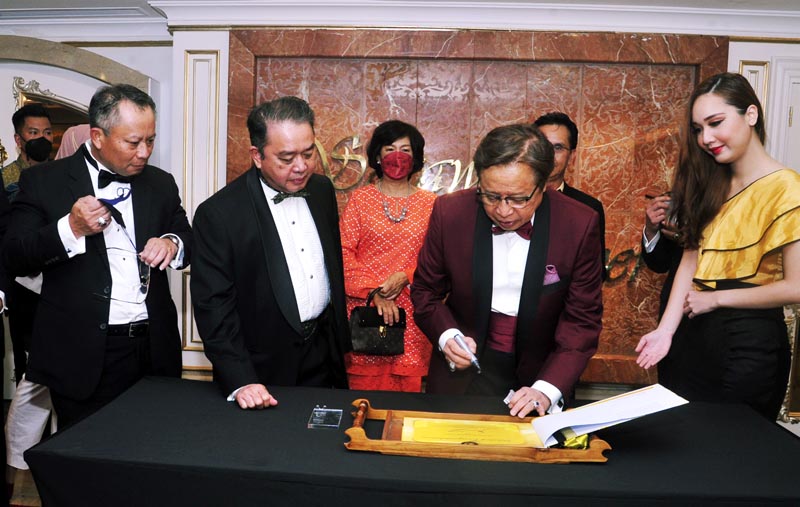 By Natasha Jee and Noor Syahhira Hady KUCHING: No one can deny what the Sarawak Economic Development Corporation (SEDC) has achieved in 50 years

KUCHING: No one can deny what the Sarawak Economic Development Corporation (SEDC) has achieved in 50 years of its existence.

“One good thing about SEDC is that it has been able to adapt and adjust itself to handle fast-paced changes,” said Premier Datuk Patinggi Tan Sri Abang Johari Tun Openg, referring to the contributions and roles played by the corporation.

“I have witnessed for the past 40 years of my public service, that we (the state) together with the cooperation of SEDC has undergone various changes.”

“Of course after these 50 years, we now have to look at the future of SEDC and its new frontiers to complement in transforming Sarawak into a developed State by 2030 with a high-income economy.”

To drive home his point, he also mentioned the oversubscribed ‘Sukuk’ subscription in the methanol project which he said showed the confidence of investors in Sarawak’s economy.

With the world facing the climate crisis and global warming, he said Sarawak has taken certain steps to mitigate the issues and work towards a green economy.

“Sarawak is very fortunate that it has resources to produce the environmentally friendly energy. That is why I requested SEDC to produce biofuels from algae. This is our new frontier. The state government is going into this area after careful study.

“Though there are risks, we will calculate them and will diversify our revenue streams.

“I am confident that with cooperation with SEDC (on this matter), Sarawak will achieve a certain level of revenue in line with our move towards having our sovereign fund,” he said.

The anniversary dinner also saw the launch of SEDC’s Diamond Project that focuses on five pillars that can bring the corporation to a greater height.

State government to pay all costs and fees 0