When James Brooke first arrived in Kuching in 1839 there were no Eurasians in Kuching. However, he did bring along Domingo De Rozario, a Portuguese Eurasian from Malacca, to serve as an interpreter.

In 1841 Brooke also secured the services of a young Lieutenant Henry Steel and another Eurasian from Malacca, Thomas Williamson, an interpreter who was described in the book “Historical Notes” as an “excellent Prime Minister”.

Both of them adapted well to local conditions in Sarawak and fathered the first Sarawak Eurasians.

The first five Sarawak Eurasians—three girls and two boys whose mothers were either Malay or Dayak—were the children of four Brooke officers and an English navy captain named Douglas from the ship “Julia”.

According to Peter Varney in “The Anglican Church in Sarawak from 1848 to 1852” (Sarawak Museum Journal Vol XV1, New Series 1968) Sarawak’s first Constabulary Inspector Joseph Middleton, Williamson and Steele who was later murdered together with his colleague Charles Fox by Melanau rebels at Fort Kanowit in 1859.

One of the children is believed to be the son of George Steward, a businessman who was associated with Malay aristocrat Datuk Patinggi Ali of Lidah Tanah near Kuching. Both Steward and Ali were killed in a battle against the Saribas and Skrang rebels in 1844.

Varney wrote: “On Advent Sunday, 3rd December 1848, the first baptisms took place. The baptism were of three girls and two boys, of whom McDougall (Dr Francis MacDougall, the first Bishop of Kuching) take into his care by orders of Brooke. The fathers of the children were Europeans…and one was a ship captain; the children had been living with their Dayak or Malay mothers from whom Brooke took the children.”

In the meantime another local Eurasian was Reverend William Howell who was born to Welsh engineer Frederick Howell and a Malay on September 15, 1856.

Raised in Kuching, Reverend Howell was later taken to England in 1866 by the Bishop Walter Chambers who took over from MacDougall, where he studied at St Augustine’s College in Canterbury.

Reverend Howell returned to Simanggang in 1878 where he spent most of his life in preaching in the Batang Lupar area until his retirement in 1928.

Howell, who married Sanan anak Nyandang, an Iban chieftain’s daughter from Simanggang, had nine children and died 10 years later at the age of 82. His children married into the European community and were distributed throughout the world with at least two of them making Singapore and Malaysia their home.

One of his grandsons, Clive Howell from Penang later returned to Kuching where he joined the Sarawak Constabulary while Clive’s brother, Bill, 82, is still domicile in Penang.

Other Eurasian products of the clergy included Reverend William Henry Gomes, a Eurasian from Ceylon (now Sri Lanka) who pioneered the Anglican mission in Lundu.

Another reverend, John Louise Zehnder from Switzerland, married into the local community and one of his sons married an Iban community leader Datuk Tra Zehnder who was the first Sarawak woman assemblyman.

Over the years, many other Eurasians, the product of Brooke’s officers and locals, were incorporated into the government.

However, after Charles marriage to his English wife Margaret, she persuaded him to send the boy for adoption to an English pastor for fear Esca would eventually became the “heir-apparent” when he came of age.

In fact Charles felt that the Eurasians, with their good understanding of the Malay language, was the best “middle-men” which enabled better communications between the locals and the European community.

Charles also approved mixed marriages even though he faced a lot of criticism from the church as some his officers had local mistresses and illegitimate children.

Colin Crisswell in “Rajah Charles Brooke — Monarch of All He Surveyed” said:  “He expressed the belief on several occasions that the products of mixed marriages would become the most able citizens of the east. In later life he defended his officers against the moral criticisms of the clergy.”

The first local Eurasian to be incorporated into the Brooke government as an officer was Dominik de Rozario, the son of Domingo and a Malay who at the age of 21 was appointed Resident of Kapit where he served from 1864 till 1890.

At the turn of the 20th century another Eurasian, Horace Gray was favoured by the third Rajah Sir Vyner Brooke. In 1907, he was responsible for establishing the first continuous telephone line stretching 600km from Kuching to the Baram. 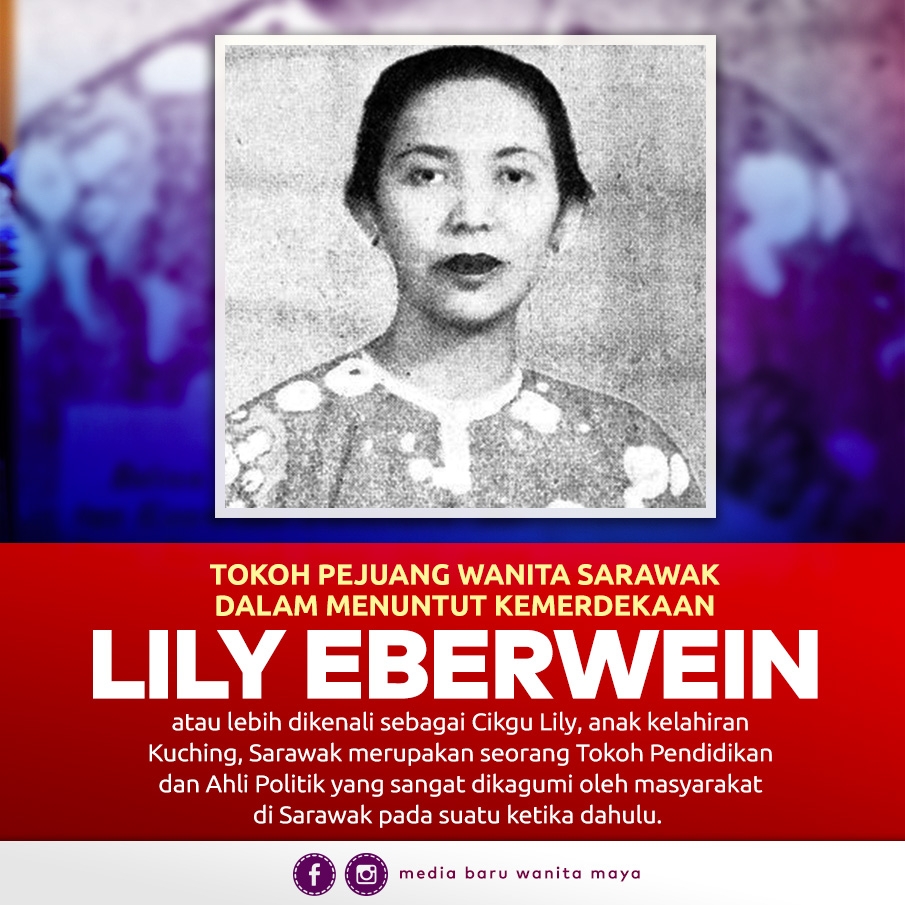 Gray went on to join the new Wireless Telegraph and Telephone Department as a wireless operator before retiring and setting up a radio dealers business where he held the agency for Philips.

He was responsible for constructing one of the most advanced short-wave transceivers in the world and in 1932 Sarawak became the first country in the South East Asia region to receive broadcasts from BBC London.

Another outstanding Eurasian in the 20th century was John Anthony Owen or “Uncle Johnny Owen” who made a name for himself when he was appointed as a Council Negri (state assemblyman) member.

In May 1946, together with 17 other assemblymen, he voted in favour of the cession of Sarawak to Great Britain and three months later on July 1, Sarawak became a British Crown Colony.

Of English-Melanau parentage, Owen joined the Electrical Department on January 1, 1923. Six months after joining the department, a total of 84 consumers from Kuching received its first supply of electricity.

An associate of Gray, Owen was also responsible for establishing the Simanggang and Betong installations in 1939.

Owen later resigned as a Council Negri member before rejoining the State electricity board where he retired in 1966. He migrated to Perth, Australia where he died at the age of 97 in 2003.

However, the first Eurasian woman to make a name for herself in pre-War Sarawak was Lily Eberwein. Lily, on the other hand, was opposed to the cession of Sarawak to Great Britain. A school principal, she headed the “Kaum Ibu”—a Sarawak women’s nationalist movement—during the Japanese occupation.

Her father, John Eberwein, was a Eurasian of Dutch and Scottish descent from Cocos Island and a relative of the Clunies Ross family, rulers of that island. Lily’s father captained the ship Rajah Brooke for the Straits Steamship Company and her mother is a local Malay Maznah bt. Ali of Simangang.

She was elected as the chairperson of the women’s wing of the Malay National Union of Sarawak(PKMS), a leading group in the Anti-Cession Movement.

A year after the cession of Sarawak, she resigned from her post as the principal of Permaisuri Girls School and in 1947 as a sign of protest against the Cession.

Three other prominent early 20th century Eurasians were William Crocker, the first Eurasian to graduate with a pre-war Bachelor of Science degree from the Philippines and the Jacques — Dr Jerry Jacques and Dato Brother Michael Jacques, a Catholic brother of the St John Baptist de La Salle Order.

Twenty years later local Eurasian and Dato Vincent Chapman was sent to Perlis to become the first Sarawak Chief Police Officer to serve in such a high post in the peninsular.

Dr Jerry Jacques’ son Thomas is a civil and structural engineer while one of William Crocker’s sons is a lawyer. One of Ritchie’s sons is a journalist while the youngest is a chartered accountant.

Three pre-war Brooke officers Andrew Macpherson, Constabulary Commissioner Desmond Vernon Murphy and Francis Mansel—victims of the infamous Long Nawang Massacres in which about 70 Europeans were murdered by Japanese between August and September 1942, are survived by their descendants.

The daughter of Macpherson, Hajah Bibi Mcperson became leader of the local Parti Pesaka Bumiputera Bersatu (PBB) women’s wing; Bibi’s daughter Datuk Nancy who is a lawyer by profession was a former Minister in the Federal Cabinet. Another grandson, Datuk Anthony Bujang, is a Kuala Lumpur-based corporate figure.

Murphy’s son, the late Haji Mike Murphy rose to become Sarawak Boy Scouts’ leader while grandson Malcolm is a Kuching-based lawyer and daughter Melissa and her family have moved to Ireland.

Interestingly, Melissa’s maternal grandfather, Joseph Louis Douglas who is part Melanau, is the son of the famous Scottish Baram District officer R.S Douglas who was the first European to visit the Kelabit Highlands in 1908.

Mansel’s son Edward Larkin, is a former Sarawak civil servant whose mother was Japanese. Edward is an authority on Sarawak’s history and is a part-time tourist guide.

Charles Bateman is descendant of English ancestors from Shropshire in England who migrated to Singapore. Later on, his great grandfather Henry left for Sarawak to work for the Borneo Company and later accountant for the Public Works Department (PWD).

One of Henry’s sons, Arthur William who was born in Kuching married Maria anak Daud and had six children, one of whom is Charles.

After the formation of Malaysia in 1963, many Sarawak Eurasians left for either Great Britain or Australia which was one of their first choices; Australia being administered by Europeans and not too far from Sarawak.

Over the years, the Eurasian community in Sarawak has grown. In 1960 there was a total of about 500 Eurasians and even though there are currently about 100 registered members of the Sarawak Eurasian Association (SEA), the Eurasian population in the State is estimated to be about 1,000-strong.

Today the descendants of the Sarawak Eurasian are a potpourri of cultures who not only celebrate Christmas, but also Gawai Dayak, Chinese New Year as well as Hari Raya.

Unlike the Eurasians of peninsular Malaysia, the SEA which was officially registered in 2000 accepts memberships and accepts people of all faiths.