A spot of good news in pandemic gloom 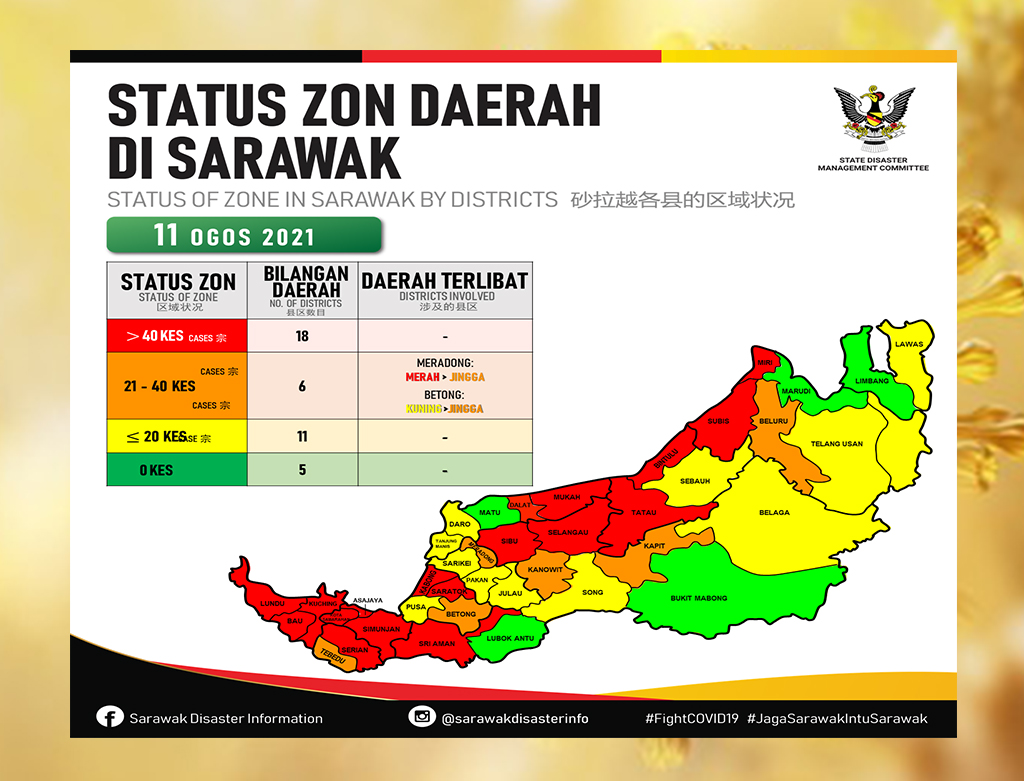 KUCHING: No new clusters were reported by the Sarawak Disaster Management Committee (SDMC) on Wednesday (Aug 11), which also marked the end of one in Kanowit.

The Nanga Tada Cluster came to a close after no new cases were recorded in the past 28 days.

There are still 95 active clusters in Sarawak, with 86 not recording any new cases.

“As of Wednesday however, nine clusters recorded an additional of 76 cases,” said SDMC.

Meanwhile, the district of Meradong changed status from red to orange after recording 36 cases in the past 14 days.

Betong changed from yellow to orange when it recorded 21 cases in the past 14 days.

Rumah Sering, Kampung  Bangkong in Pantu started EMCO on Wednesday and will end on Aug 24.

“From Aug 10 to 23, Rumah Gong Laing, Long Maktub, Tubau in Sebauh District is under EMCO.