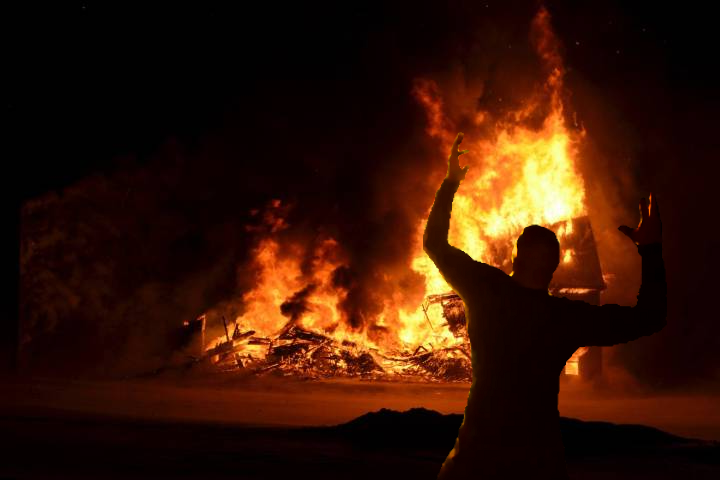 KUCHING: An unemployed man’s appeal for maliciously setting fire to his mother’s house in Kampung Malaysia in Petra Jaya was rejected by the Sessions Court here today.

Judge Maris Agan rejected Azirul Shamsul Tahir’s confession after he filed an appeal claiming that the fire was an accident.

According to the charge, the 28-year-old deliberately set fire to the house belonging to his 73-year-old mother in Kampung Malaysia, Jalan Layang-Layang at about 8.30pm on March 29.

He was charged under Section 436 of the Penal Code, which provides for imprisonment for up to 20 years and is liable to a fine, if convicted.

During the mention of the case, the accused stated that on the day of the incident, he was clearing up the house area, where he cut and burned the grass.

According to him, he did the cleaning at his mom’s house because he intended to bring her to live with him as he had found a job as a kitchen helper at a restaurant near his mother’s house.

He went on to say that he then noticed the fire had spread into the house and that the incident was an accident.

According to earlier media reports, during the incident, the accused was believed to be smoking while burning trash at the side of the house. The fire was started by cigarette ash, which subsequently spread to the house’s walls.

The accused, on the other hand, is claimed to have kept his mouth shut and did not intend to put out the fire until the people arrived.

The accused’s mother then lodged a police report for further action.

Her loss is estimated to be approximately RM500,000.

It is understood that before the incident, the victim, who is also the accused’s mother, had been warned by her son that he wanted to burn down the victim’s house.

Records also found that the accused had been involved in drug abuse activities and was admitted to the National Anti-Drug Agency (AADK) rehabilitation centre.

The court then set pre-trial case management on May 15.

The judge also allowed the accused to be released on RM5,000 cash bail with one local surety.

Deputy public prosecutor Md Syafique Md Hilmie prosecuted while the accused was not represented by a lawyer.