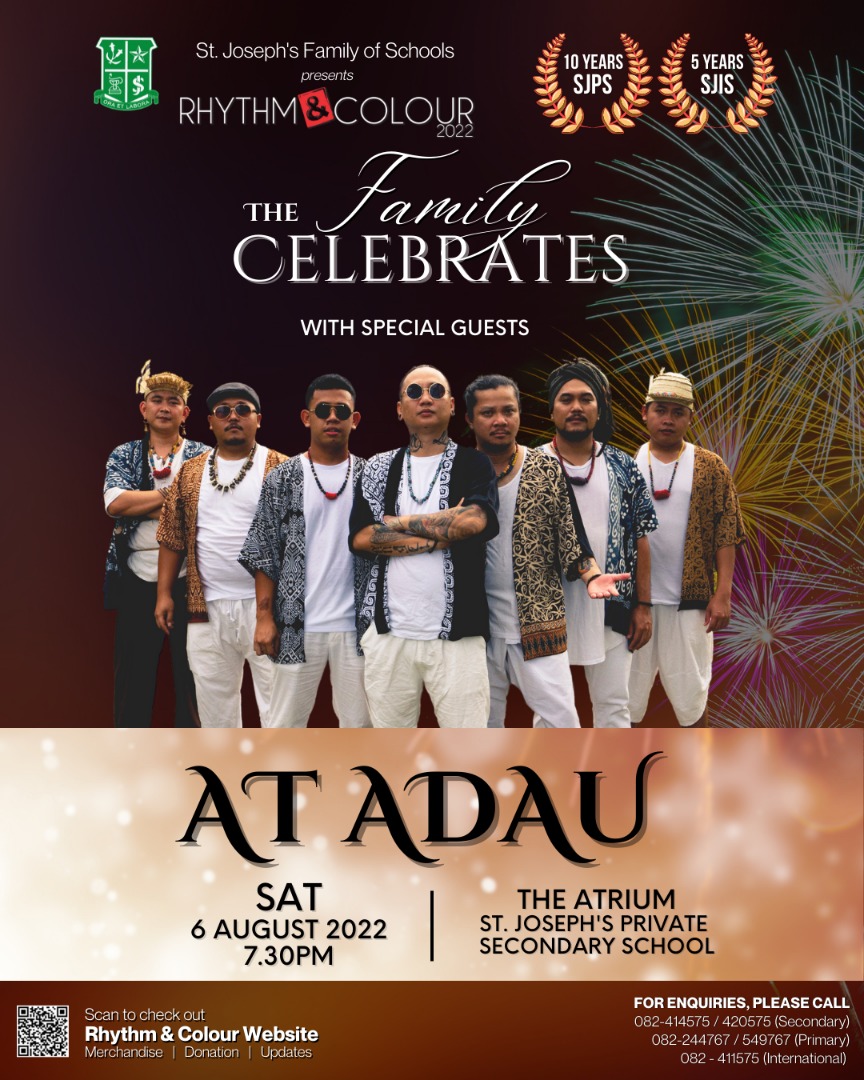 At Adau to perform on Aug 6

KUCHING: Award-winning band At Adau will play at the St Joseph’s Family of Schools’ (SJFS) “Rhythm and Colour: The Family Celebrates!” this Saturday

KUCHING: Award-winning band At Adau will play at the St Joseph’s Family of Schools’ (SJFS) “Rhythm and Colour: The Family Celebrates!” this Saturday (Aug 6).

According to a statement issued by SJFS yesterday, the band would be doing their bit for charity by raising funds for the SJFS’ new school building.

The band, which started in 2014, has achieved international recognition for their own brand of music.

“In recent years, SJFS has come together to produce their own musical based on the life of Sir James Brooke, the first White Rajah of Sarawak.

Lo also expressed his gratitude to the band for being part of the charity event and hoped that the band’s performance will be a learning experience for the budding young student performers as well as looking for more collaborations in the near future.

Bob said that the band was thrilled to be part of the event and looked forward to showcasing their performance to the young crowd to show the importance of music.

“Music is a perfect tool to create a positive vibe and creativity can create stories,” he added.
Encouraging the young performers to keep up their good work and as music has no boundaries, he would like the performers to think and be outside of the box and not limit themselves.

“Every part of music that you play is a form of art,” he said.

“Rhythm and Colour 2022: The Family Celebrates!” will be staged on Aug 5 and 6 at 7.30pm. Tickets are sold out but those who are interested may watch it free via the “Rhythm and Colour” official website https://sites.google.com/stjosephkuching.edu.my/rhythmandcolour2022/home Generous donors may contribute to the schools’ building fund via the online platforms (SPay, DuitNow or Simply Giving) made available on the same website.

Only relevant China’s policies for us, says Dr Mahathir

MASWings to refurbish cabin at a cost of RM3m

Schools ready to be disinfected for reopening 0