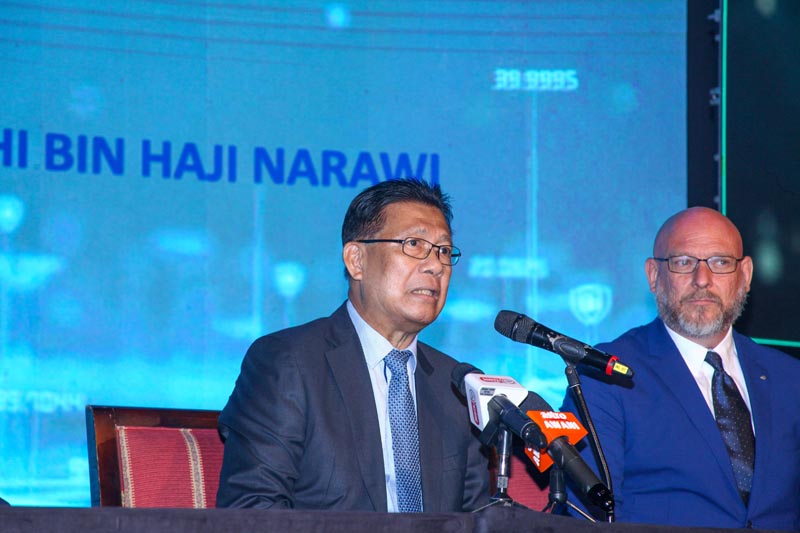 Next, a bamboo bicycle made in Sarawak
195K high income jobs by 2030
Sustainability vital for tourism, travel

KUCHING: The establishment of the Batam Sarawak Internet Cable System (BaSICS) and the Tier IV Data Centre here is expected to attract more local and overseas investors to Sarawak.

Utility and Telecommunication Minister Datuk Julaihi Narawi hoped the development will help the state achieve its target of a high income status by 2030.

“I understand this establishment (BaSICS and Tier IV Data Centre) will be an opportunity for other players in the industry to capitalise on what has been provided by the data centre.

“And I would like to encourage the industry players and businesses, especially among Internet providers and mobile operators to capitalise on the infrastructure provided to join forces in meeting the needs the underserved rural areas in Sarawak,” he said in a press conference after the launching of the BaSICS and the Tier IV Data Centre at Borneo Convention Centre Kuching (BCCK) on today.

For Sarawak to become a high-income and developed state by 2030, he said, there is a need for the state to be fully connected.

“But the hindrance which we face currently is due to connectivity.

“Therefore, I hope those involved will see that this is an opportunity for them to extend their service across the state especially in the rural areas,” he stressed.

Julaihi also hoped with the Tier IV Data Centre, it will attract more submarine cable systems to land in Malaysia.

“I would like to see that with the establishment of this data centre, Sarawak will be the preferred destination of our international submarine cable system in the future,” he said.

He said it consisted of six fibre pairs with 80 wavelengths of 100 Gbps transmission capacity.

“This cable system is the first step in our vision to make Sarawak a viable option as a regional data hub alongside established players and significantly reduces the latency, or round-trip delay time, between Kuching and Singapore,” he said.

Smith also said the data centre, located at Santubong 1 near here was already in operation and provided the landing point for BaSICS into Sarawak.

Kuching-based PPTEL, under its new corporate brand identity, irix, began with the desire to connect Sarawak to the world.