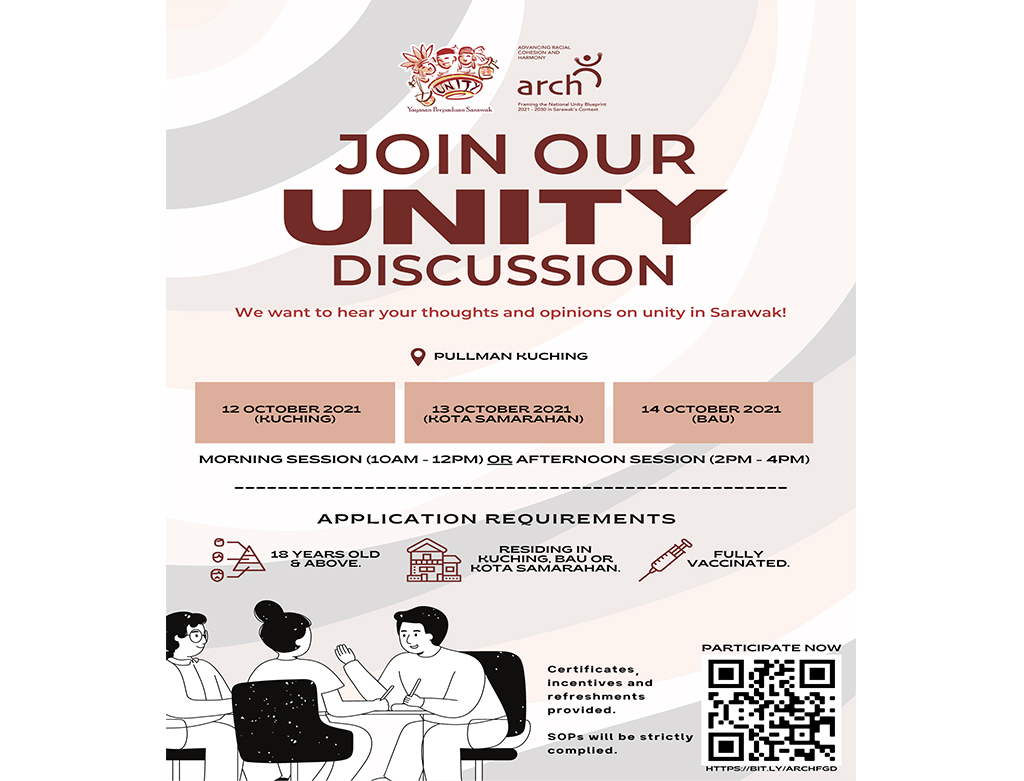 KUCHING: Yayasan Perpaduan Sarawak (YPS) will be organising a series of focus group discussions in Kuching with the objectives of eliciting inputs and opinions on the National Unity Blueprint 2021-2030.

The foundation stated that the focus group will consist of eight to 10 participants from diverse groups with varying affiliations.

“In relation to the National Unity Blueprint 2021-2030, we launched a project called ‘Advancing Racial Cohesion and Harmony (ARCH)’, which aims to evaluate national unity in Sarawak as well as to assess inter-racial harmony among various ethnic groups present here.

“The series’ goal is to discuss what brings communities together and what divides them, as well as how the people of Sarawak can work together to improve racial cohesion and solidarity.

“Previously, YPS successfully held a series of webinars in July, August, and September as part of the project’s early stages,” it said in a statement yesterday (Oct 5).

The foundation stated that individuals from three districts namely Kuching, Samarahan and Bau are encouraged to apply as participants.

It added that to participate, individuals must be at least 18 years old, Sarawakians and fully vaccinated.

“The participants will be given incentives for their involvement in the focus group discussions. Those who are interested can apply via the link provided (https://bit.ly/ARCHFGD).

“Prior to the start of the focus groups, additional background information will be provided to qualified participants,” it explained.