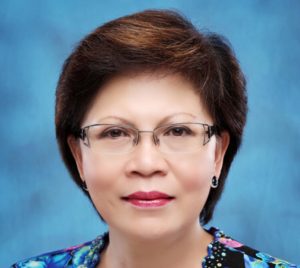 KUCHING: Chief Minister Datuk Patinggi Abang Johari Tun Openg’s decision to use the state’s wealth to implement development projects all over Sarawak is a wise and bold move.

This compliment comes from former senator Datuk Seri Doris Brodie (pic) in response to Abang Johari’s recent statement that the state government would take matters into its own hands following the lacklustre support of the federal government for the state’s vision.

“The move reflects the state government’s determination and commitment to Sarawak’s development,” she said.

“We cannot continue to plead, beg and wait until the ‘cow comes home’ every time we implement projects like building schools. Doing that would leave Sarawak backward and stagnant.”

She said Sarawakians cannot put their lives in the hands of outsiders because they can’t and won’t feel like us and for us. There is a limit to our patience as we have pride.

“I fully support Abang Johari’s call Sarawakians to be self-reliant and to strive hard as we can no longer rely on the federal government which lacks inspiration and is uninterested in Sarawak’s vision.”

On DAP’s claim that Sarawak could become bankrupt due to overspending by the state government, Doris sees it as an act of extreme arrogance and an attempt to undermine the state’s motivation to look after itself.

“They think that Sarawakians can be easily fooled. The statement is not only vicious but irresponsible too. It is because of things like this that Sarawakians must be vigilant at all times and not let outsiders (Malaya-based political parties) be dominant in the state. They have one mission and that is to conquer our state and break our spirit; nothing more, nothing less,” she said.

Only 100 people per mass

No discrimination when combating Covid-19