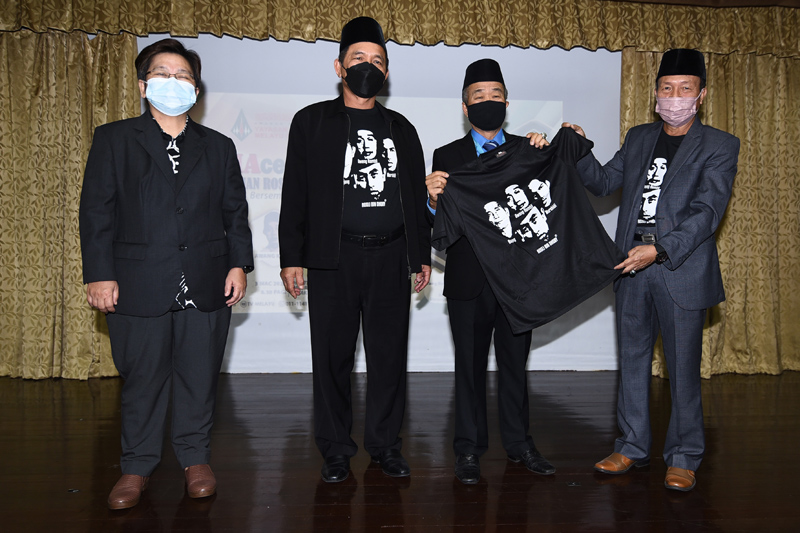 GE15: Big names among those defeated

KUCHING: Independence fighter Rosli Dhobi’s spirit and courage to uphold religion and race should be sown among today’s generation.

According to the deputy chairman of the Board of Trustees, Sarawak Malay Culture Foundation Charitable Trust (AKYBMS), Datuk Mohd Naroden Majais, Rosli Dhobi and Rukun 13 were a symbol of courage in defending the homeland and nation from the shackles of foreign powers.

“Therefore, it is fitting that the spirit and struggle of Rosli Dhobi and Rukun 13, be appreciated and used as an example to shape the morals and identities of today’s younger generation.

“Similarly, several matters related to the rights of Sarawak as enshrined in the Malaysia Agreement 1963 (MA63), which is still a priority for the state leadership in shaping the direction and future of the state and the people.

“Therefore, it is time we mobilise all intellectuals, professionals, skilled manpower and future leaders so that we can set the direction and future of the nation in the right path,” he said at the opening ceremony of the ‘SAMAceramah 2022: Rosli Dhobi and Rukun 13’ programme at the Sarawak Timber Industry Development Corporation (STIDC) hall in Petra Jaya here, on Thursday (March 3).

Elaborating further, Naroden, who is also the Ministry of International Trade, Industry and Investment special advisor, said studying and understanding history would help strengthen the roots of one’s identity.

“History illustrates that the civilisation we inherit today is the result of a culture that has been forged from Datu Merpati’s time to Sultan Tengah’s time.

“Therefore, to understand the existence of today’s society, it is appropriate for us to trace the relationship between Sarawak Malay nationalism and the history of the early Malay states that had existed hundreds of years ago.”

Speaking on the programme, Naroden said three historians would deliver talks on Sarawak’s early history and events as well as a comprehensive coverage of Rosli Dhobi and Rukun 13.

In this regard, Naroden hoped that all the messages conveyed by the speakers would enable the participants to remember the struggles of previous independence fighters.

“I also hope that such programme can be continued in the future so that important messages related to the history of the state can be further expanded.”