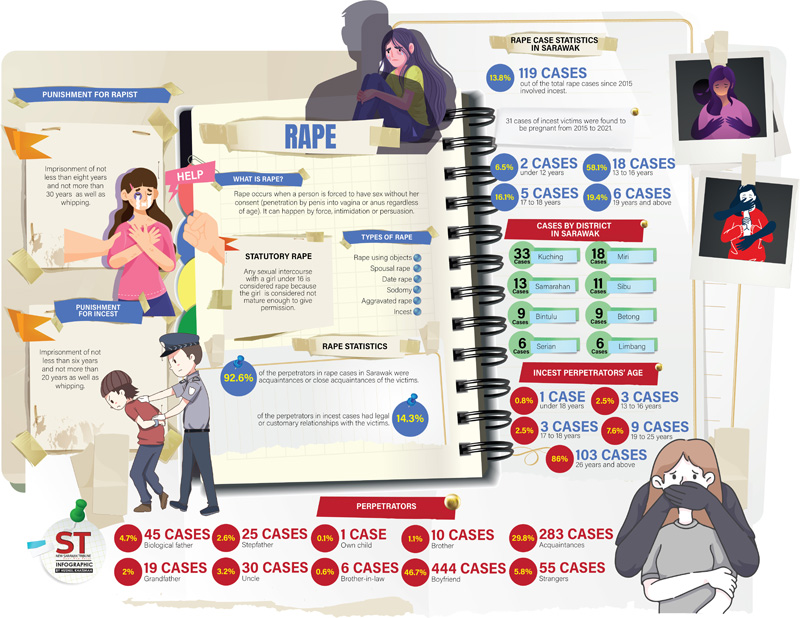 Its minister Datuk Seri Fatimah Abdullah said this was important to ensure more perpetrators could be prosecuted.

“Tragically, this crime is more common than the public realise and we need more awareness and to listen to the children more so because the perpetrators are taking terrible advantage of their power over their victims,” she said on Wednesday.

Fatimah added that since the prevalence was much higher than the number reported, continuous and regular awareness campaigns on child abuse would pave the way for more prosecutions.

“Those committing such crimes take heed. We now live in an era when people will speak out. You will be discovered and will have to face the consequences of your crime.

“Our prosecution and court services are becoming more child-friendly so that the voices of survivors of abuse can be heard,” warned Fatimah.

The minister said 92.6 percent of the rapists were people known to the victims.

“Of this number, 14.3 percent are involved in incest which is often conducted behind closed walls.”

Fatimah said the offenders were biological fathers and that the victims did not know what sex was about and not aware what was being done to them was criminal.