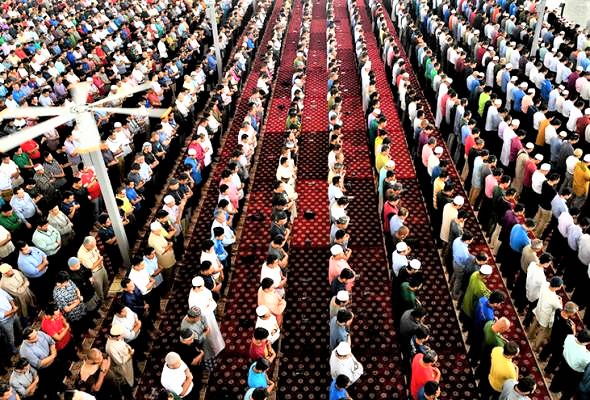 IPOH: The guidelines for congregational prayers in mosques and surau during the recovery movement control order (RMCO) period are prepared based on discussions with the ulama through the National Fatwa Council.

Minister in the Prime Minister’s Department (Religious Affairs) Datuk Seri Dr Zulkifli Mohamad Al-Bakri said this in response to a two-minute video recording of a prominent speaker, Datuk Mohd Kazim Elias, who requested the congregational prayers in the new norms to be reviewed, as it is contradicting with the Islamic teachings.

“I have explained in detail the procedures for congregational prayers which are currently being implemented in a book titled ‘Soal Jawab Fiqh Covid-19’, and it can be used as a guideline by the public.

“Actually, this has been debated by the ulama…there may be some matters that we find contradicting but all ijtihad (research) by the ulama had been explained in the book, by taking into account the views from the muzakarah (discussions) of fatwa committee at the national, state and international levels,” he said.

Zulkifli was speaking to reporters after launching the Coordination Meeting of the Perak Islamic Dakwah NGO Secretariat here today.

Meanwhile, on today’s programme, Zulkifli said it was aimed at creating a secretariat of the dakwah NGO network at the state level under JAIPk’s authority.

It is also to enable the establishment of the state’s dakwah, a clear, focused and systematic workflow, as well as utilising the latest technology in the work of dakwah agencies in Perak.

“Besides that, today’s meeting will help in enhancing the credibility of the dakwah work as catalyst for the state transformation development, and at the same time coordinate dakwah work in the state through collaborative activities to increase understanding of Islam,” he said. – Bernama

Refer to constitution before commenting on emergency

Make it mandatory for alcohol sellers to provide ‘designated drivers’