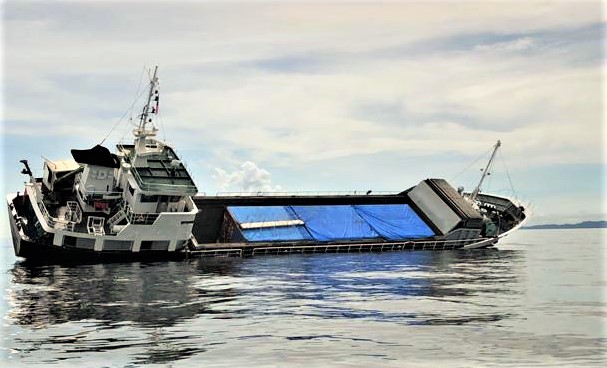 BINTULU: Eight crew members of a cargo ship nearly drowned when their ship almost sank following a storm about 17 nautical miles from Bintulu Port on

BINTULU: Eight crew members of a cargo ship nearly drowned when their ship almost sank following a storm about 17 nautical miles from Bintulu Port on Saturday.

A search and rescue (SAR) operation was immediately activated and two MMEA assets — Maritime Ship (KM) Jepak and Kilat 44, were deployed to the location.

“At around 11am, all eight crew members were rescued by the agency, assisted by a local fishing boat near the scene.

“The victims aged 20 to 71, did not sustain any injuries.

“Investigations found that the victims who are Indonesians, managed to save themselves by using a safety raft after realising that the cargo ship was about to sink after the storm occurred,” he said in a statement.

Effendy added that the victims were referred to the local health centre to undergo tests for Covid-19 and would be handed over to the authorities for further actions.

The enforcement agency extended their gratitude to the maritime community in Bintulu who were involved in the rescue operation.