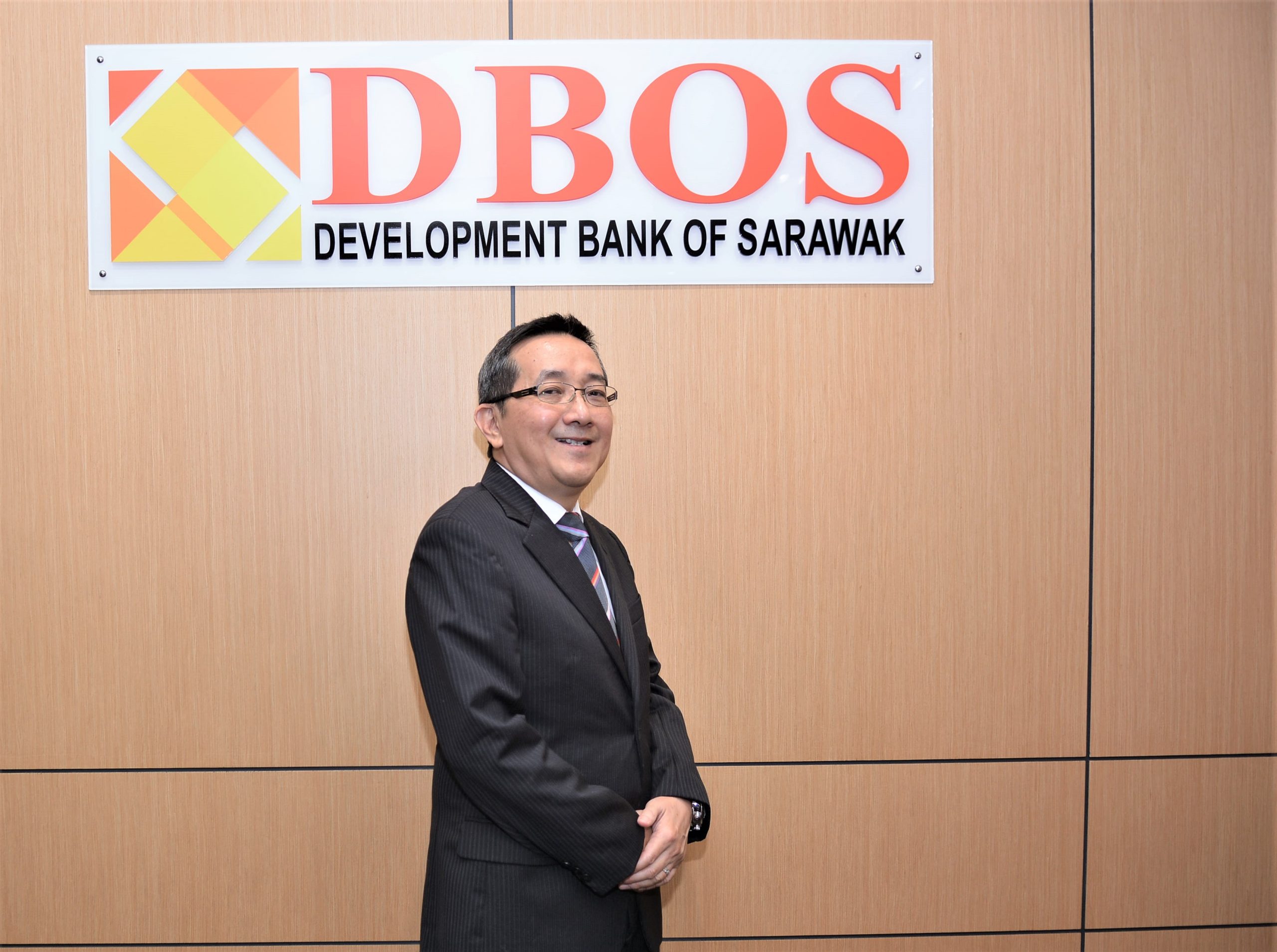 KUCHING: The prime purpose and function of Development Bank of Sarawak Berhad (DBOS) is to finance strategic infrastructure projects.

In the broader sense, the new financial body which was mooted by Chief Minister Datuk Patinggi Abang Johari Tun Openg plays a part in the development of the state.

In an interview with New Sarawak Tribune, DBOS’ chief executive officer Sim Kheng Boon shared the success of the bank, its services and future plans.

Sim said the young bank commenced business on January 15, 2018 and quickly established its infrastructure based on best practices in the industry.

“We have set up our core banking system with a team of professionals, appointed departmental heads, and established a set of prudential ratios, compliance guidelines, and credit and risk framework,” he said.

He said in the business, it was important to have prudential ratios to monitor banking activities and to instill financial discipline.

“All this must be spelt out clearly to ensure that DBOS continues to act as a responsible lending institution going forward. Without such discipline, the bank will not function in a structured manner,” he said.

Besides this, he said DBOS had already approved loans amounting to a few billion ringgit. Aside from financing mega development projects, the bank also finances smaller infrastructure projects.

“Currently, we are mandated to fund strategic infrastructure projects only in Sarawak,” he said.

“The other five sectors are oil and gas, agriculture, tourism, digital economy and real estate which forms an integral part of Autonomous Rapid Transit (ART),” he said.

“To me the spillover effect from implementing projects such as water supply, roads and bridges, rural electrification, etc will play a bigger role in improving the economic life of Sarawakians especially those in the rural areas,” he said.

“DBOS will offer banking facilities to eligible borrowers which have at least 51 per cent state equity with management control.”

To a question where DBOS would be heading in 10 years’ time, Sim said that the first and second year is the bank’s building phase, and from this year to 2022 is the crystallisation phase.

“We now have the banking infrastructure in place, and we will continue to strengthen our corporate governance, invest in our human capital and remain relevant in line with the state’s financial needs,” he said.

“Moving forward, we hope to initiate financing of green projects. Such steps would allow the state together with DBOS to contribute positively to a greener environment.”

In the future, Sim hoped that DBOS can diversify its funding sources.

“It is my personal wish that DBOS becomes a very strong financial institution and be recognised as one of the state’s top government-linked companies (GLCs).”

At the same time, in connection with Abang Johari’s third anniversary as chief minister, Sim commended him for focusing on the state’s economic development which shows that he cares.

“I’m very proud and honoured to be serving under his leadership. He’s a very hardworking and far-sighted leader. Once again, congratulations to him,” he said.