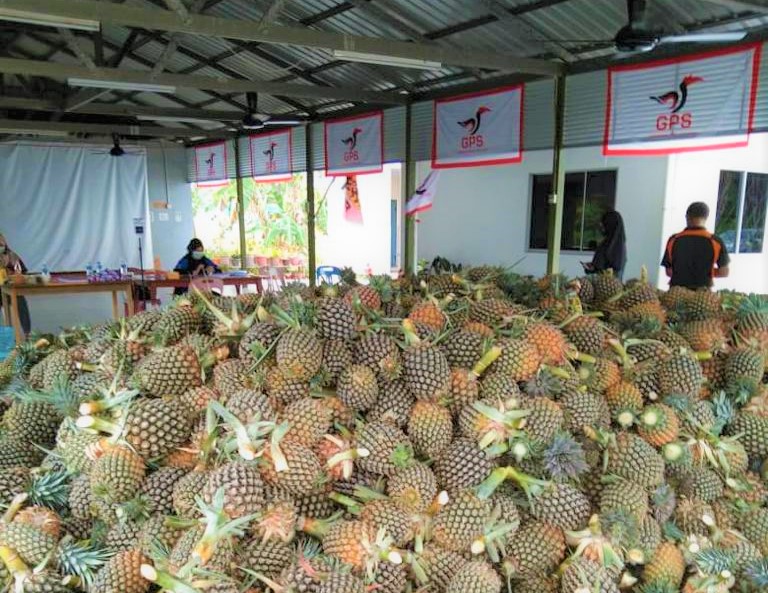 KUCHING: The Area Farmers Association in Dalat and Oya are distributing pineapples grown locally and purchased by the government back to the community.

Dalat assemblywoman Datuk Seri Fatimah Abdullah stated that buying the agricultural produce from farmers through the association is one of the government’s strategies to ensure that farmers produce are not wasted.

“On June 28, the Dalat/Oya Farmers association sent 1,460.7kg of pineapple from the local farmers to the service centre.

“Parti Bumiputera Bersatu Sarawak (PBB) Dalat Branch has assisted to distribute the pineapples to local mosques, churches and temples in the area,” she said.

On July 2, Fatimah said that they have received a total of 11,016.5kg of pineapples from 55 farmers in the area.

“As there are more pineapples compared to before, we have asked the Village Development and Security Committee (JKKK) team to come to the service centre to pick up the pineapples themselves to be distributed to the residents,” she added.