Gymnastics is considered one of the lesser known sports in Kuching. Therefore, gymnast coach Eileen Wong hopes she can broaden the horizon of the sport to increase its momentum and attract more people to join. Recalling her younger days practising gymnastics, Eileen plans to utilise her experiences to good use and train the next generation of Sarawak gymnasts.

The flips and twists of being a gymnast

When Eileen Wong was a little girl, she was one of the very few among her batchmates in school to be chosen to participate in gymnastics. What she recalled from the experiences were the fond memories of the sport. She also remembered how her coach would lament how ‘big’ she was.

“My body type is actually not suitable for rhythmic gymnastics. Though I am quite flexible, I gain weight easily. Actually, I am not really that ‘big’, but my coach always reminded me to lose weight. It’s just that I am what people would call ‘big boned’.” She added that each gymnast has their own strength and weaknesses, “And I used to blame my parents for every weakness that my coach pointed out,” she laughed.

Despite her weaknesses, Eileen’s talent in the sport was evident. Thus, she was chosen to represent Sarawak from a young age. “When I was seven years old, I didn’t even know that this sport existed. The gymnastics teacher at our school would scout for talent, and select the ones she sees fit to join the activity as part of our school’s co-curriculum.”

The 25-year-old shared the moment she was chosen and introduced to the sport, “It looked fun, so I decided to give it a try. My teacher saw potential in me and had requested me to visit the gymnast’s centre for further learning under the tutelage of a proper gymnastics coach.“

Eileen revealed that her first time representing Sarawak was at the age of nine. “It was quite fun. I flew to different states, met new friends, and was able to travel around Malaysia too, something I never imagined doing at that age,” she reminisced.

Throughout her athletic journey, Eileen joined numerous competitions, winning bronze and silver. The former air stewardess had also joined Sukan Malaysia (Sukma) several times. “I was an active athlete until I was 15. That’s when my coach left Kuching.”

Eileen then admitted that her passion for gymnastics slowly faded away in secondary school. “Towards the end, the only reason I continued was because of the responsibility I had to uphold. Since we started learning at a young age, my parents have also invested a lot in this sport for me. They needed to buy apparatus, provide money when I needed to go overseas for training or competitions. After training for many years, I held onto the responsibility of not wasting my talent,” she said.

To her, gymnastics made her into the person she is today. Through the guidance of her fierce coach, she became a disciplined and obedient person. “The teachings of my coach made me think hard about my future as she often lectures us with motivational talks too.”

The training was tough and took long hours. Eileen disclosed that they had to train three hours each day during the weekdays. “During the weekends, we trained from 8.30am to 4.30pm. It was tough and tiring, so we had to keep motivating ourselves to go further. To me, my friends were my biggest motivation.”

According to her, the camaraderie with her gymnast peers stayed on till this day. “Since we trained together, practised together, and joined competitions together, we have become really close with each other. After we quit gymnastics, we continued with dancing classes.

“I still remember vividly the times we trained for competitions. There was one segment called the ribbon routine that we needed to do together. We had to practise until our routine was synchronised, down to the facial expressions. If one does it wrongly, we have to start over.”

And when they needed to start over, Eileen remembered how they would blame the ones that did it wrongly. “We would argue but in the end, we will encourage each other and that’s what knitted our friendship. Despite the four of us going different paths, we are still close to this day.”

Asked whether she had ever failed a stunt on the big stage, Eileen gave a resounding yes. “It was very normal to fail. When we travelled to different places to compete, we were not familiar with the stage. Hence, mistakes were bound to happen. We just have to know how to bounce back.”

Recalling an incident that happened during a Sukma competition when she was 12, Eileen said that she had sprained her ankle badly at the time. “The stadium’s ceiling was curve-shaped. So when I threw my apparatus, I was confused and couldn’t focus on my movement. Despite the injury, I did not quit as my team depended on me, so I continued with just a cold spray on my ankle.”

Clearing up the controversy

National gymnast Farah Ann Abdul Hadi was often criticised for wearing a leotard to perform during competitions as it was deemed inappropriate. However, Eileen explained that wearing a leotard for this sport is a necessity.

“We need to wear a tight suit, especially during competitions because of the movements that we do. Some routines require gymnasts to lift their legs up to 90 degrees. If not for the leotard, it would be hard for judges to determine the right movements.

“Furthermore, we need to see the gymnast’s body well to give justifiable marks. Every movement has specific angle requirements and marks were given based on that. So I hope this will help justify and clarify the need for wearing tight clothes,” she added.

After leaving the sport for almost a decade, Eileen recently returned as a coach for the centre where she used to train. “My ambition is to do something related to business. I even have a Diploma in Business Administration and was planning to further my studies.

“However, due to the pandemic, I couldn’t pursue it and since I was an athlete before, the centre had approached me to join them as a coach last year. It piqued my interest, so I decided to do it,” she added.

But children nowadays are not like how they were before. “There are differences between me and my batchmates when we were younger.” Explaining the situation, she said that it was much more difficult to become a coach today than before. “The way of teaching and communicating with them is different.”

Furthermore, current training is conducted online due to the restrictions borne by the pandemic. “It made teaching even more challenging! But I can’t do much, I can only do my very best to shape future gymnasts,” said Eileen.

Asked what she loved about being a coach, she said the children reminded her of of the times she trained as a gymnast before. “I am happy and delighted whenever I see my students’ dedication and hardwork.” To her, the children motivated her to continue as a coach as she saw how they were willing to train and improve themselves.

As her passion to teach the younger generation of gymnasts further ignites, Eileen aims to pursue more knowledge related to the sport. “I am currently studying Sports Science Level One and also several short courses on athletic injuries and psychology of athletes to improve myself.” In the future, Eileen hopes to open her own academy to keep the momentum of rhythmic gymnastics going. 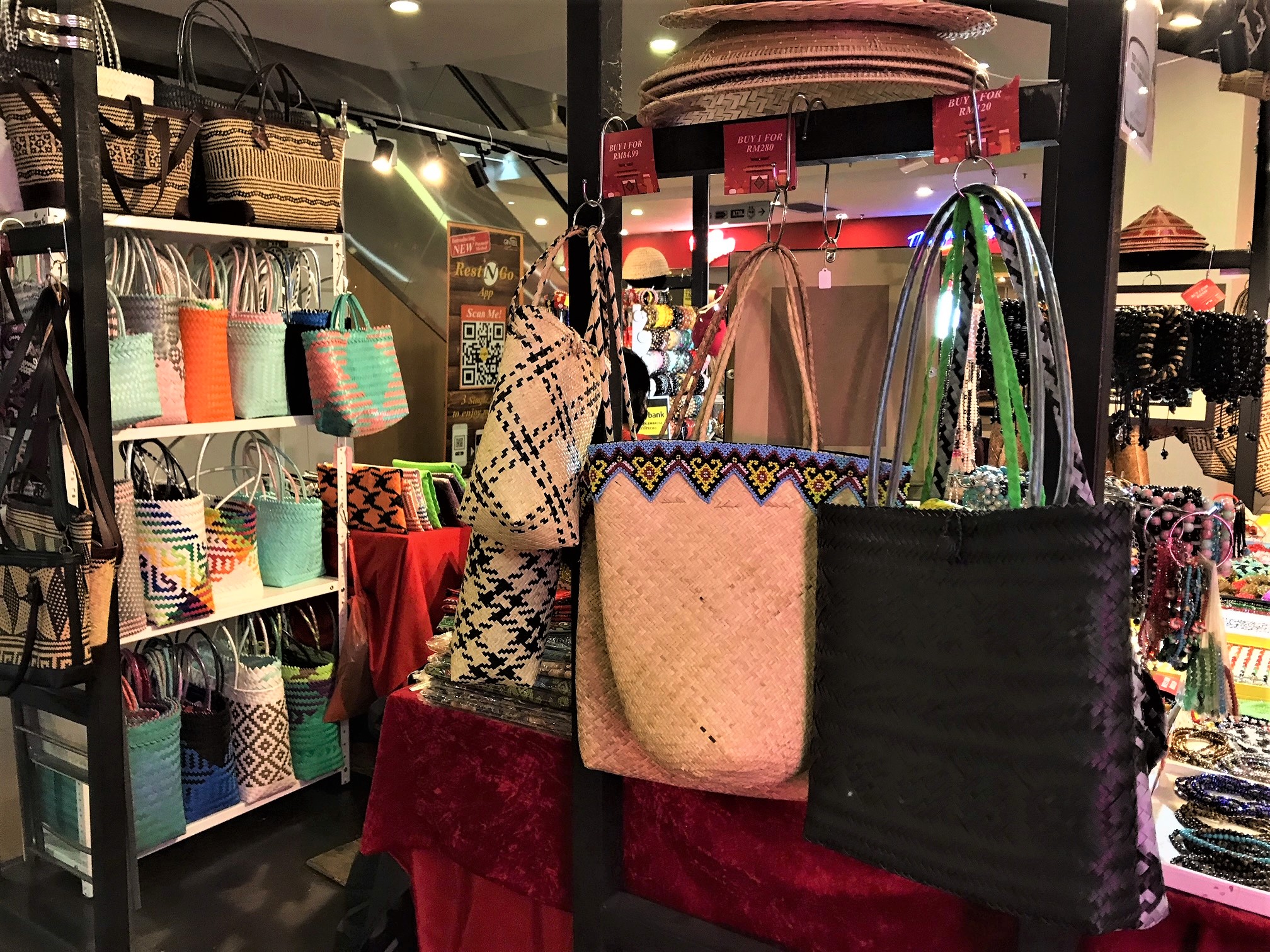 In business to preserve her family traditional handicrafts

The art of metal crafting