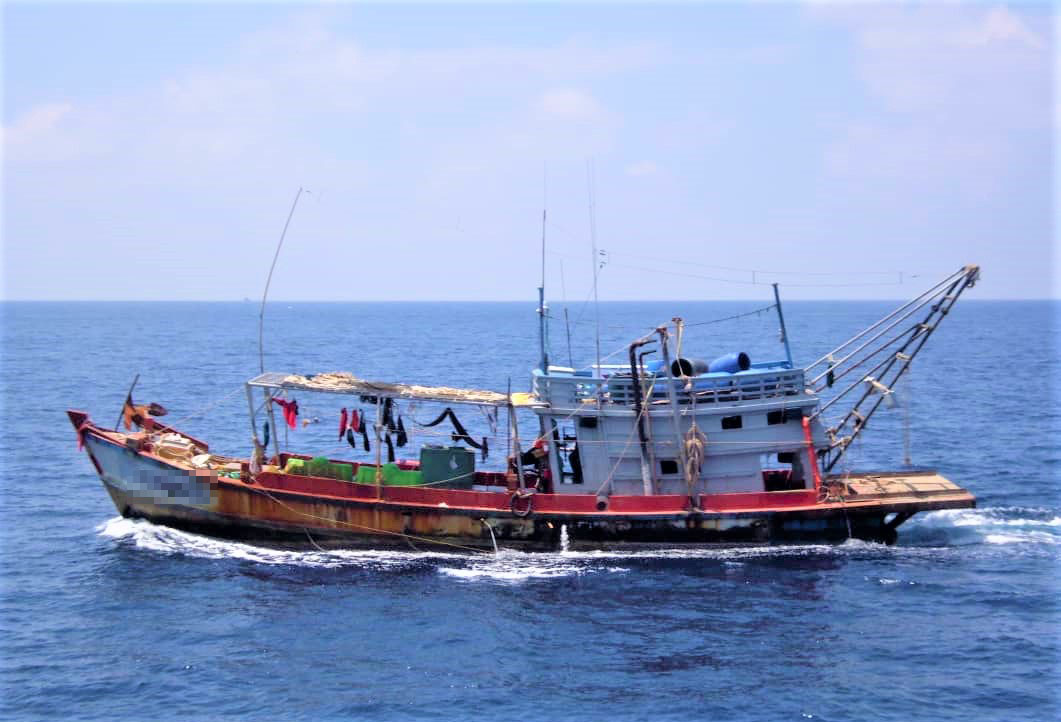 MIRI: The Malaysian Maritime Enforcement Agency (MMEA) Miri Maritime Zone has detained a foreign fishing boat in Miri waters about 21 nautical miles northwest of Kuala Sibuti on suspicion of carrying out fishing activities in Malaysian waters without a valid permit.

MMEA director Maritime Captain Md Fauzi Othman said during a Ops Permai patrol, his men detected a boat carrying out suspicious fishing activities in the area at around 10am.

After realising the presence of enforcement assets, he said the foreign fishing boat proceeded to release its fishing equipment into the sea in an attempt to dispose off the evidence and escape inspection.

“The foreign fishing boat was operated by seven crew members, including the skipper; all were Vietnamese men aged between 27 and 43 years old.

“Four of them had their passports while the other three did not have any identification documents,” he said today (Apr 22).

Md Fauzi said all crew members and the boat were detained and escorted to Kampung Pulau Melayu here for further investigation.

He added the case would be investigated under the Fisheries Act 1985 for carrying out fishing activities in Malaysian waters without a valid permit.

“MMEA calls on the maritime community to continue  working together to provide information and information on criminal misconduct at sea,” he added.