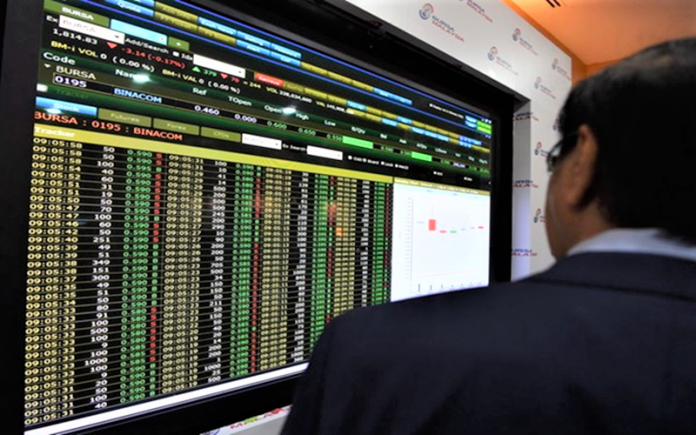 Speaking to Bernama, he said the benchmark index FTSE Bursa Malaysia KLCI (FBM KLCI) closed 0.5 per cent lower at 1,568.6 points on the same day, dragged down by banking stocks such as Public Bank which declined 1.9 per cent.

On Tuesday, foreign net selling remained high at RM116.2 million despite news of American biotechnology company Moderna Inc’s plan to provide 80 million doses of its experimental Covid-19 vaccine to the European Union, as well as the United States (US) and China’s move to reaffirm their commitment to the phase-one trade deal.

On the domestic front, the positive news regarding the Covid-19 vaccine triggered some profit taking in glove counters such as Top Glove and Hartalega, resulting in both counters contracting by more than 5.0 per cent on the same day, Adam said.

However, foreign investors made a modest return to Bursa Malaysia on Wednesday as they bought RM1.9 million net of local equities, snapping the five consecutive day selling spree.

In contrast, regional peers such as the Philippines and Indonesia markets experienced foreign net outflows for the day as investors took the cue from the lacklustre Wall Street, following talks between the US and China on the status of a deal meant to work as truce in their trade war.

“Sentiment was dampened after mainland China fired four missiles into the disputed South China Sea, which Beijing has claimed as its sovereign territory, but considered an international waterway by the US and other nations,” Adam said.

Additionally, he said investors had waited for the US Federal Reserve Board (Fed) chairman Jerome Powell’s address which highlighted the Fed’s new strategy of allowing inflation and employment to run higher in a shift that would likely keep interest rates low for years to come.

Meanwhile, year-to-date (YTD), Malaysia has seen a foreign net outflow of RM20.2 billion (or US$4.7 billion).

He also said that the government has decided to extend the recovery movement control order until Dec 31, 2020. – Bernama