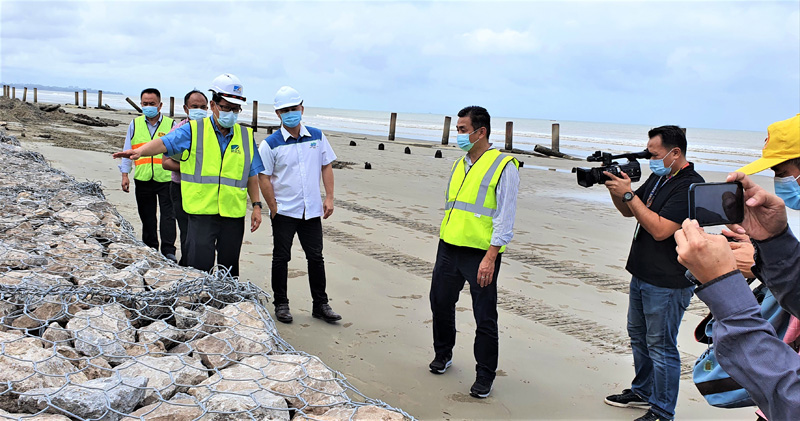 Lee said that the installation, covering a length of 140 metres near Lutong Airstrip, was being undertaken by the Public Works Department (JKR) here. Another part of the gabion walls (100 metres long) was completed two days ago by the Miri Drainage and Irrigation Department (DID).

The RM225,000 project is funded by the Sarawak government using the state’s emergency fund.

“The gabion walls are built to prevent further erosion of the beach,” Lee said after inspecting the project at Lutong Beach.

He added that as a long-term measure to protect the shoreline from further erosion, a proposal would be submitted to Sarawak DID for approval to build a rock revetment wall at the area.

During the visit, Lee was accompanied by engineers from Miri Divisional JKR and DID Chong Chi Fam and Hiew Si Tien.

Early this year, because of King Tides and heavy rain, the road near Lutong beach was flooded by sea water.