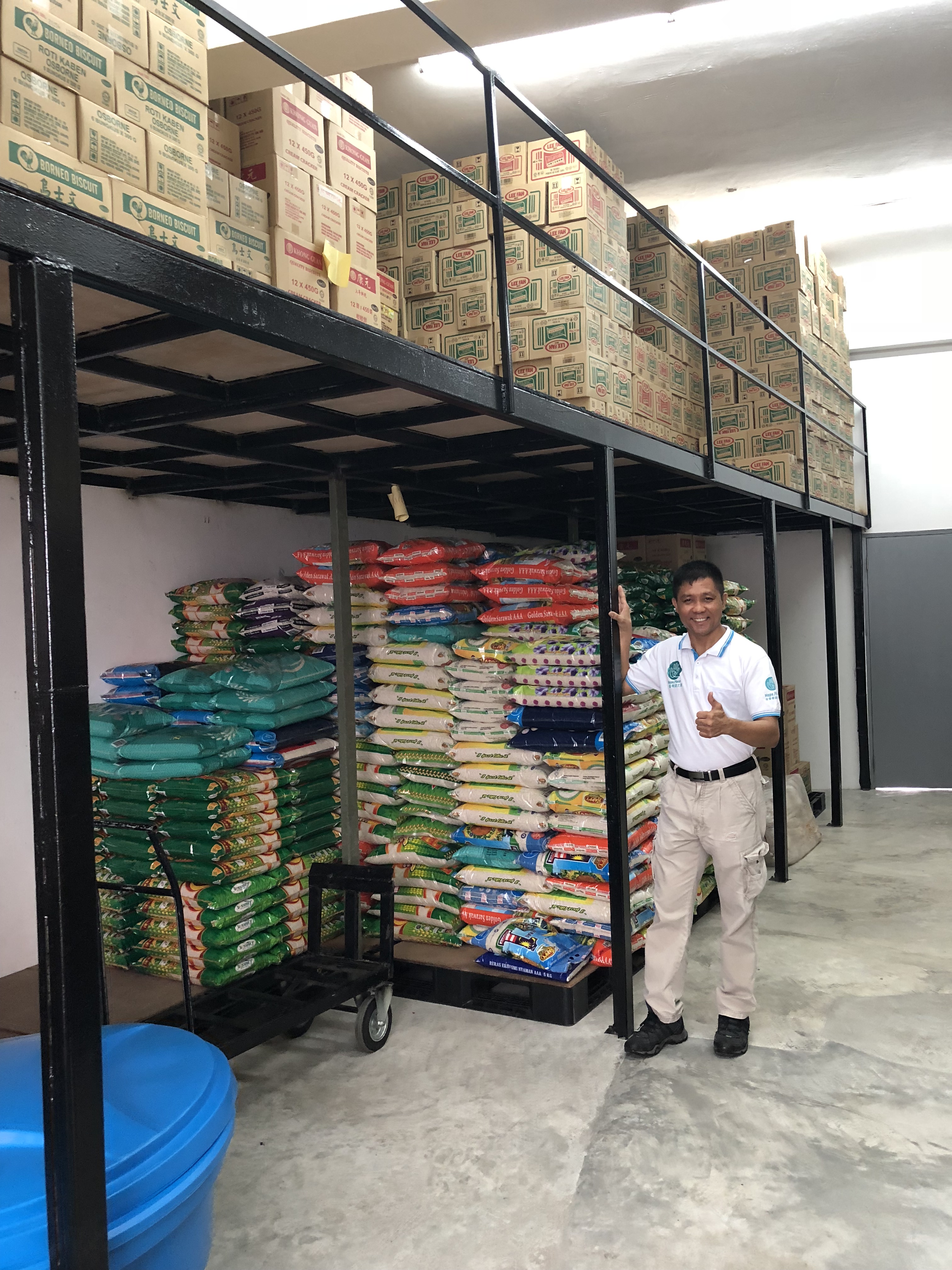 Their plan to build a mezzanine floor in the store soon became a challenge when the quotation they got was around between RM 20,000 and RM 30,000. Their prayer was soon answered when an unexpected donor told Wan he would help to build the whole mezzanine floor for free. The generous donor Choo Chiang Liang who is the Managing Director of CL Choo Enterprise has heard the charity works done by the Hope Place team and wishes to support them.

As people involved in Hope Place moved to their new premises not long ago, they were grateful with the support that they got from the public. After Hope Place reached its peak in helping more than 200 families in Kuching, the new store also almost reached its capacity limit. Thus, the plan to build a partial floor, located at the ground floor came about.

The building of the mezzanine floor started earlier this year in March. Light weight items such as boxes of biscuits and noodle are placed there. A small reception was held to hand over a thank you letter from Kelvin Wan to Choo Chiang Liang. Hope Place carries out its aid deliveries once every three months because of the many families on its recipients list.

Should the public be interested to make a donation, please do request for a receipt from the staff at Hope Place, added the statement. For direct bank in, do bank in to Persatuan Kebajikan Harapan Kuching Maybank account number 5112-8900-1160. Donations by public members are highly appreciated, the statement concluded.

‘Get your excessive bills adjusted’