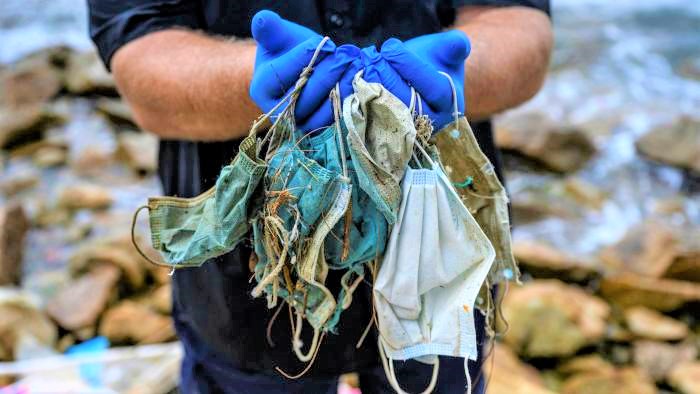 KUCHING: The Natural Resources and Environment Board (NREB) has emphasised that the surge in the use of disposable masks accompanied by indiscriminate disposal could lead to an environmental disaster that may last longer than the pandemic itself and even for generations.

It said the key players in the management of PPE waste were local governments, waste collection companies, and citizens.

“The government is doing its best in tackling the issue of personal protective equipment (PPE) waste. The NREB is intensifying its enforcement and monitoring works.

“Monitoring and patrolling assisted by drone has increased the efficiency and effectiveness of the enforcement team to detect unscrupulous activities such as indiscriminate disposal of wastes that adversely affect the environment.

“Those found guilty may be subject to the maximum penalty of RM50,000 or imprisonment up to three years or both,” it said on Thursday (July 8).

Similarly, it said all local councils in Sarawak and their waste collection companies were doing their parts to provide the best disposal and safe treatment for this waste.

However, it said that this issue was beyond NREB and local councils alone, requiring all strata of societal involvement, including the public.

“The best long-term approach towards better management of PPE waste in Sarawak is that all parties play their roles to ensure the face masks and any PPE waste are disposed of properly and safely.”

It said the prevalent use of face masks and also their nature of being disposable after brief use had brought rise to a new waste category, adding that the mandatory use of this PPE in many public locations had resulted in a significantly growing volume of disposed PPE items.

It noted that according to Health director-general Datuk Dr Noor Hisham Abdullah, the amount of PPE used by healthcare workers under the Health Ministry alone amounted to 59 million units monthly before the pandemic.

“Millions of face masks have been used since the pandemic began in March last year and the question is where do they end up?”

NREB said the use of face masks for protection was good, but pointed out that proper disposal of the face masks and PPE waste was also essential for the benefit of each person, for the health of people and the environment, and for future generations’ sake.

It appealed to the public to report any incident of indiscriminate disposal of wastes, including used face masks and other PPE waste, to its office.

The NREB public complaint hotline can be reached via Whatsapp or by calling 013-7595866.