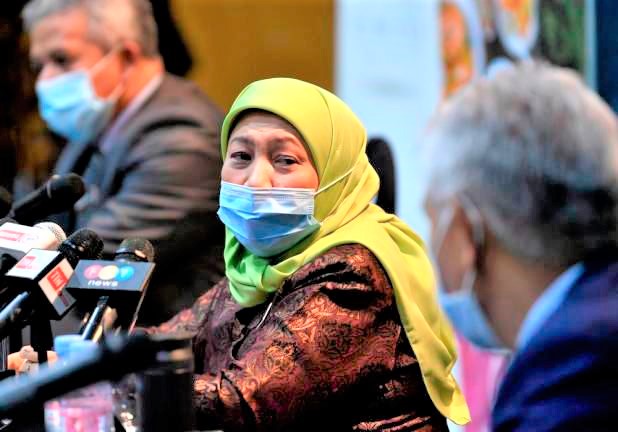 PUTRAJAYA: The lifting of the inter-district ban has allowed the public the opportunity to travel and boost the livelihoods of those involved in the tourism sector, said Tourism, Arts and Culture Minister Datuk Seri Nancy Shukri.

She said the Tourism, Arts and Culture Ministry (Motac) welcomed the government’s decision to allow inter-district travel within the same state with the exception of Sabah beginning March 5.

The decision, she added, was great news that would motivate tourism, arts and culture industry operators who have raised concerns should the ban is prolonged.

According to her, Motac had four engagement sessions through the Crisis Management Team to get feedback and suggestions from industry players, all of whom wanted the government to allow travel between districts and states.

“Repay the government’s decision to allow inter-district travel by complying with the existing standard operating procedure,” she said in a statement today.

Senior Minister (Security Cluster) Datuk Seri Ismail Sabri Yaakob announced today that the ban of interstate travel still remained in effect while inter-district travel was allowed with the exception of Sabah effective Mar 5 till 18. The ban on inter-district travel in Sabah was at the request of the state government.

According to Nancy, during the session, the government was urged to issue special documents or passports to Malaysians who received the vaccine to enable movement within states and for social activities, including tourism, safely.

Industry players also suggested prioritising vaccine shots for tourism sector operators because they are also frontliners who receive guests and customers daily at their premises, she said.

A suggestion to draft a long-term plan to open international borders was also brought up so that the ministry could identify target groups from international markets that can be allowed for tourism in the country, she added. – Bernama