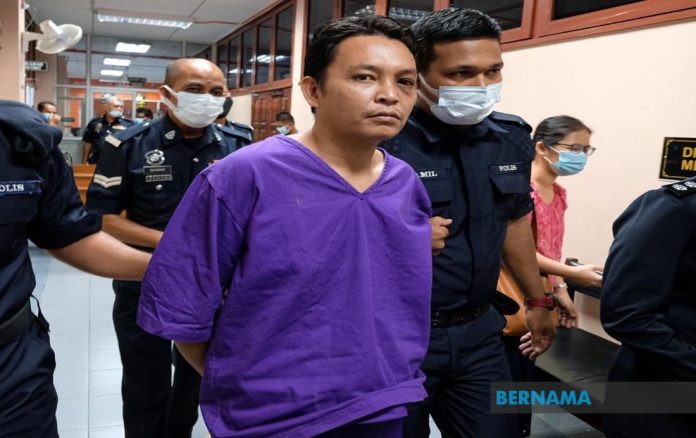 KUALA KANGSAR: A lorry driver who encroached into the compounds of Istana Iskandariah here on May 25 was sentenced to two years nine months jail by the Magistrate Court here today.

According to the first charge sheet, Mohammad Lokman was charged with intent to scare civil servant Muhd Firdaus Abd Razak who was carrying out his duties under the law by aiming an object resembling a pistol at him in the palace compounds at 8.05am on May 25.

For the offence, the court sentenced the accused to 12 months’ jail under Section 353 of the Penal Code which provides for a jail sentence of up to two years or fine, or both, if convicted.

On the second charge, Muhammad Lokman was charged with ramming his vehicle into the gates of Istana Iskandariah and causing damages amounting to RM500 at 7.40am on the same day.

For the second offence, Muhammad Lokman was sentenced to 12 months’ jail under Section 427 of the Penal Code which provides for a minimum jail sentence of one year or fine, or both, if convicted.

According to the third and fourth charges, the accused was charged with criminal trespass by entering the palace grounds which are used as a residential area and to store items, as well as possessing a fake pistol without a weapons licence or permit at Istana Iskandariah here between 7.40am until 8.15am on the same day.

The court ordered the jail sentences to be carried out consecutively from the date of arrest on May 25.

Meanwhile, at the Sessions Court, the accused was also charged with possessing a knife without a valid permit at 8.05 a.m. on the palace grounds on May 25.

Muhammad Lokman was charged under Section  6 (1) of the Corrosive and Explosive Substances and Offensive Weapons Act 1958 which provides for a minimum jail sentence of five years and maximum of 10 years, if found guilty.

The order was imposed after the accused interrupted Judge Rohaida while she was questioning  Deputy Public Prosecutor Hasyutanti Khalil about the presence of the accused’s wife, by saying “wife is busy catching the devil using the iphone’.

The prosecution of the case was conducted by Hasyutanti while the accused was represented by National Legal Aid Foundation lawyer Siti Hajar Hamzah. – Bernama