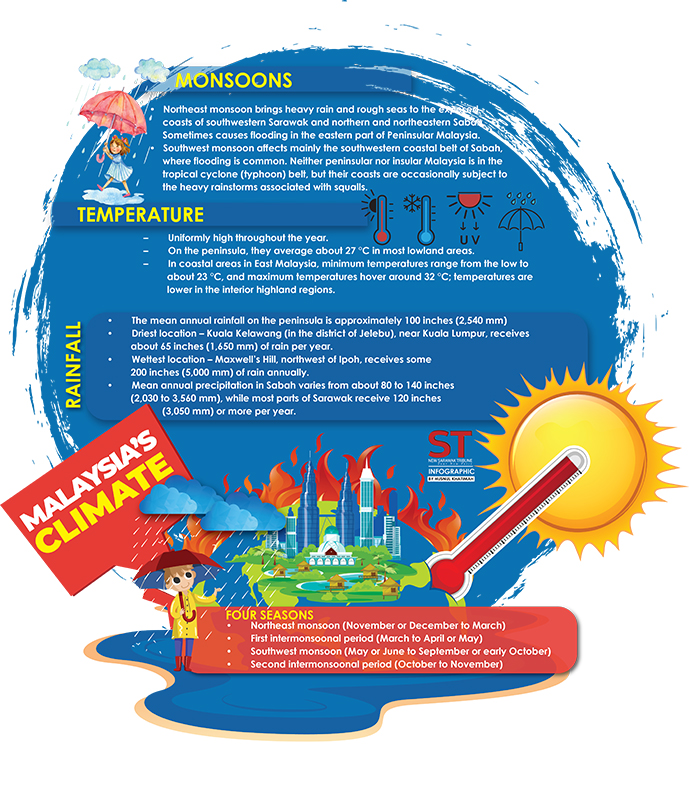 KUCHING: The northeast monsoon (NEM) which began last Oct 24 is expected to go on until March next year.

So from now till then, the country is expected to receive four to six episodes of heavy rainfall.

During the early phase, which is until early next month, heavy rainfalls are expected to occur in Kelantan, Terengganu, Pahang and Johor. After that till February, heavy rain is expected to fall more on Sarawak and Sabah.

Continuous heavy rain for several days can cause floods in low-lying areas. If heavy rain occurs simultaneously with high tides, the risk of floods will be higher.

This month, most areas in Sarawak are expected to have between 300mm and 550mm of rain.

However, by January next year, the amount of rain in Kuching, Sri Aman and Samarahan will range from 800mm to 900mm, slightly above average.

From March until May, the state is expected to receive average rainfall of between 150mm and 450mm.

Turning Sarawak into a technological hub

No quarantine if return within two days

State to give haze info to ministry