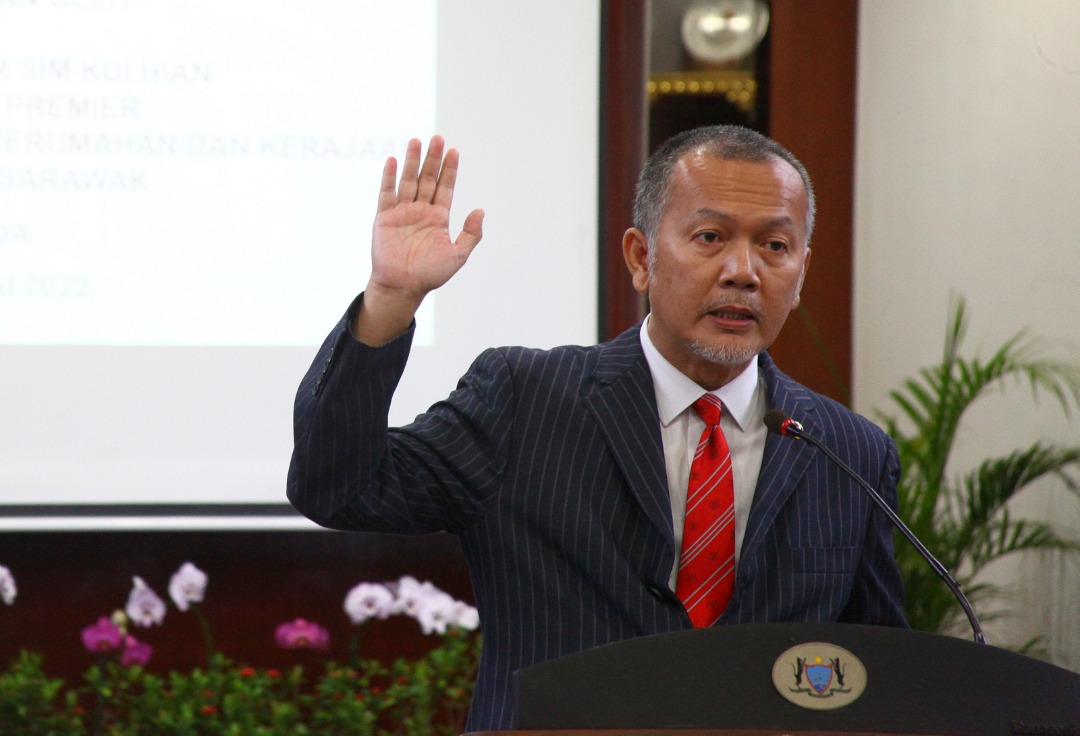 Let others lead, call it a day for Dr M

PADAWAN: Give other capable young leaders a chance to lead the country in the right direction and take the helm as prime minister, said senator Datuk Ahmad Ibrahim.

“With all due respect to Tun Dr Mahathir Mohamad, also known as the Father of Modern Malaysia, I have always admired him as prime minister.

“However, in my opinion, for him to come back as prime minister for the third time, I think it is time for him to call it a day,” said the senator.

He stated that Dr Mahathir should take a step back and provide new generations the opportunity and support they need to assume leadership roles.

Ahmad said this when met by reporters after officiating the closing ceremony of the Borneo Highland Padawan Eco Run at Dewan Biannah in Kampung Annah Rais here today.

He made this remark in response to yesterday’s statement by the former prime minister that, in the absence of a qualified candidate, he would be open to accepting the role for a third time.

“Everyone is aware of his abilities, and he proved himself as prime minister (from 1981 to 2003).

“When he was appointed the second Prime Minister, it shook us all, but our government has changed three times already, and it is quite sad,” said Ahmad.

According to the Padawan Municipal Council (MPP) deputy chairman, instability in the government is bad and discourages investors from making investments in the country.

He added that a lot of investors have flown out to other countries or have slowed down due to the current situation in the country.

“Except for Sarawak — we are stable here and good investments are flowing in from countries like South Korea, Japan and others.

“I would love to see Malaysia stable again. West Malaysian politics should, if at all feasible, put less emphasis on everyday politicking and more on nation-building.

“At the end of the day, every citizen wants the nation to progress, to be stable, to see our ringgit perform better and to see the economy develop,” he pointed out.

He emphasised that it is now time for Dr Mahathir to take a break and assist in choosing someone from the left or right wing of the party who he believes would be a good choice for prime minister and offer them his full support.

“We love him, but I think it is time for him to give a chance to other candidates to take the leadership role,” he stressed.