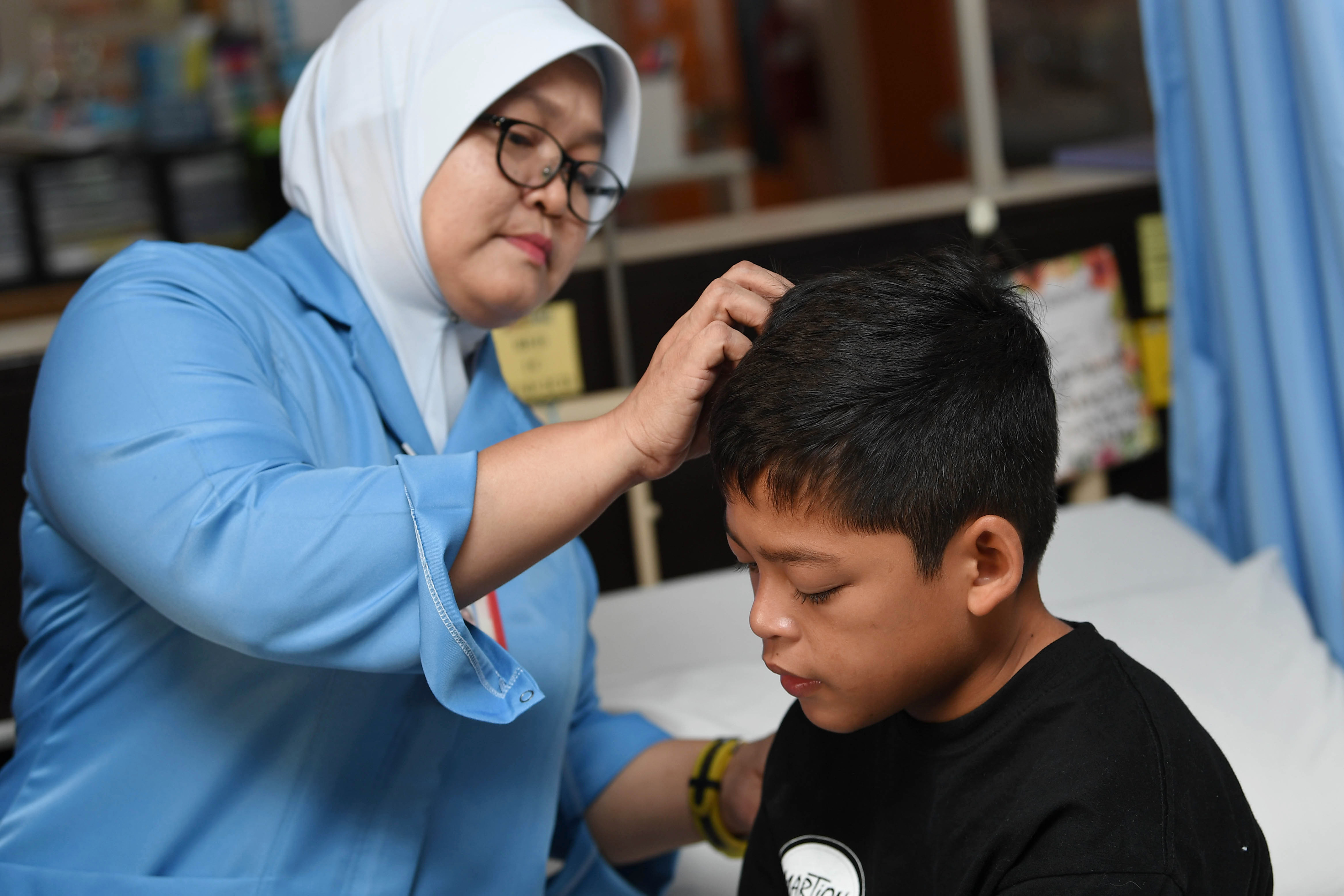 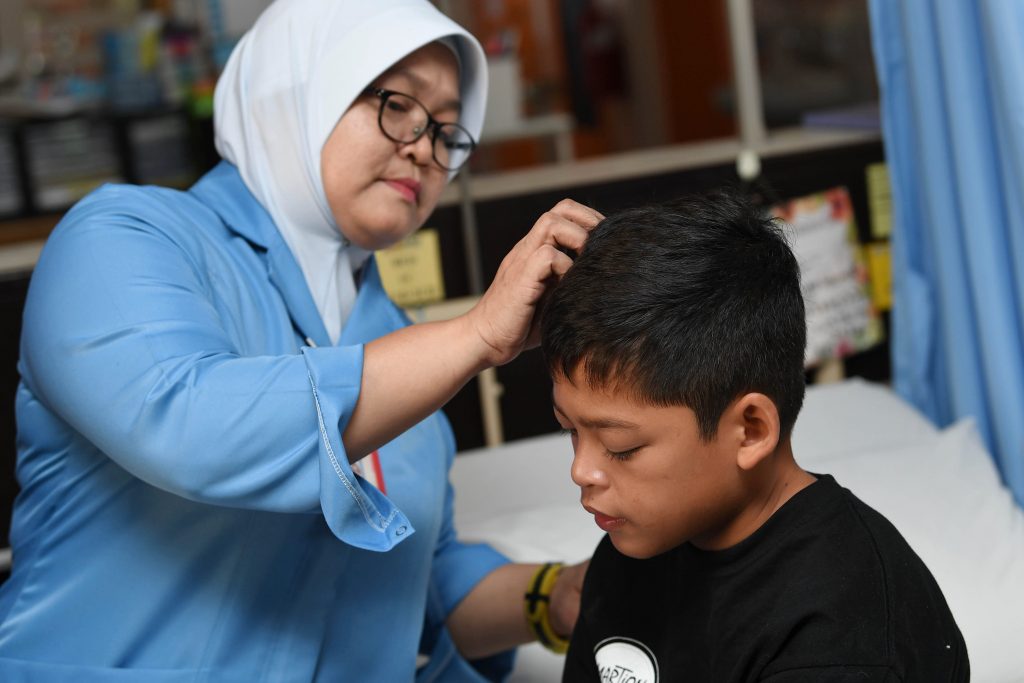 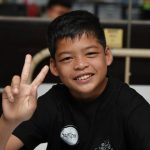 Malaysian Mowgli Muhammad Syukur Khamis aka The Kampung Boy is cheerful during the visit this morning.

He was hospitalised after having vomited following a fall from a buffalo the day before.

HSNZ director, Dr Nor Azimi Yunus, who visited him at the hospital this morning, said a CT scan on Syukur revealed that everything was normal and there was no concussion.

The Form Two boy of Sekolah Menengah Kebangsaan (SMK) Padang Midin fell from a buffalo during a photography session on Saturday.

“I can still play with the buffaloes as usual,” said Syukur, 14, when visited by media representatives this morning.

Flashback: Muhammad Syukur Khamis shot to fame when photographer Abdullah Deen Mohd Zain depicted him in various poses with some 100 of his father’s buffaloes. He became known as Syukur, the Kampung Boy.

“Perhaps the buffalo’s back was slippery, that was why I lost my grip. After the fall I was giddy but I continued playing with my friends.

“But in the evening I began to feel unwell and started vomiting, that was when my father took me to the hospital. Thank you everybody for your get-well wishes. I have recovered,” he said.

The boy became an internet sensation when pictures of him bonding with his father’s herd of buffaloes won the grand prize at the Asian Geographic Images of Asia award last year. – Bernama 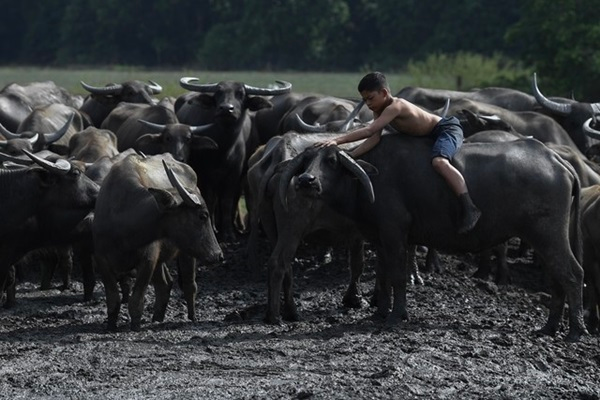 Flashback: Muhammad Syukur Khamis shot to fame when photographer Abdullah Deen Mohd Zain depicted him in various poses with some 100 of his father’s buffaloes. He became known as Syukur, the Kampung Boy.