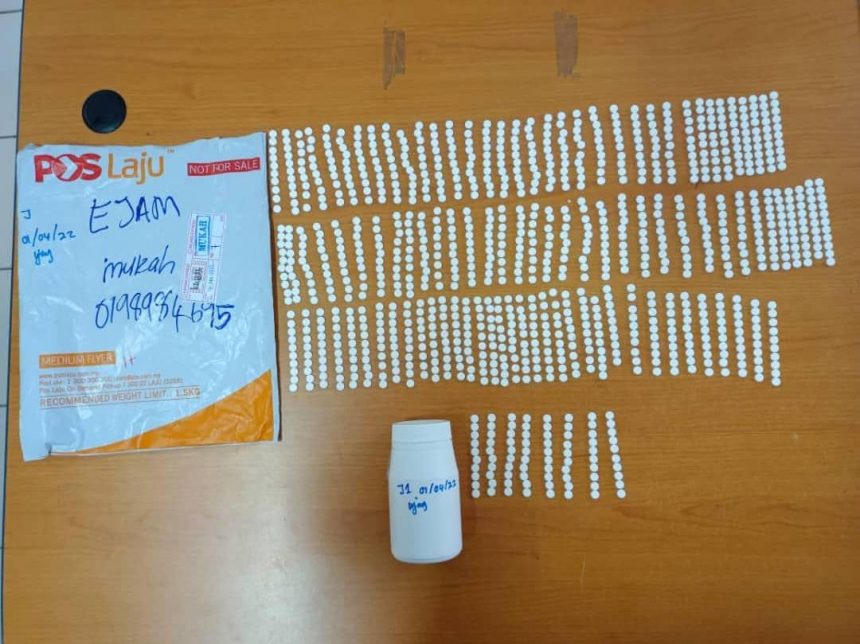 MUKAH: Narcotics police arrested a jobless man who had acted suspiciously behind a bus terminal at Jalan Setia Raja here. The 32-year-old suspect

MUKAH: Narcotics police arrested a jobless man who had acted suspiciously behind a bus terminal at Jalan Setia Raja here.

The 32-year-old suspect was arrested for allegedly involved in substance abuse during an operation codenamed ‘Ops Tapis’ around 1.40pm on Friday.

“The pills with an estimated value of RM2,260, were seized as evidence.

“Both the suspect and the seized item were taken to the Mukah narcotic police office for further action,” he said, adding that the suspect tested negative for drugs.

Background checks found that the suspect had three past records – two of them were under the Poisons Act and one under the Dangerous Drugs Act 1952.

Rizal pointed out that the suspect is believed to be have been involved in substance abuse since early 2021.

Many still not responding to vaccination dates 0