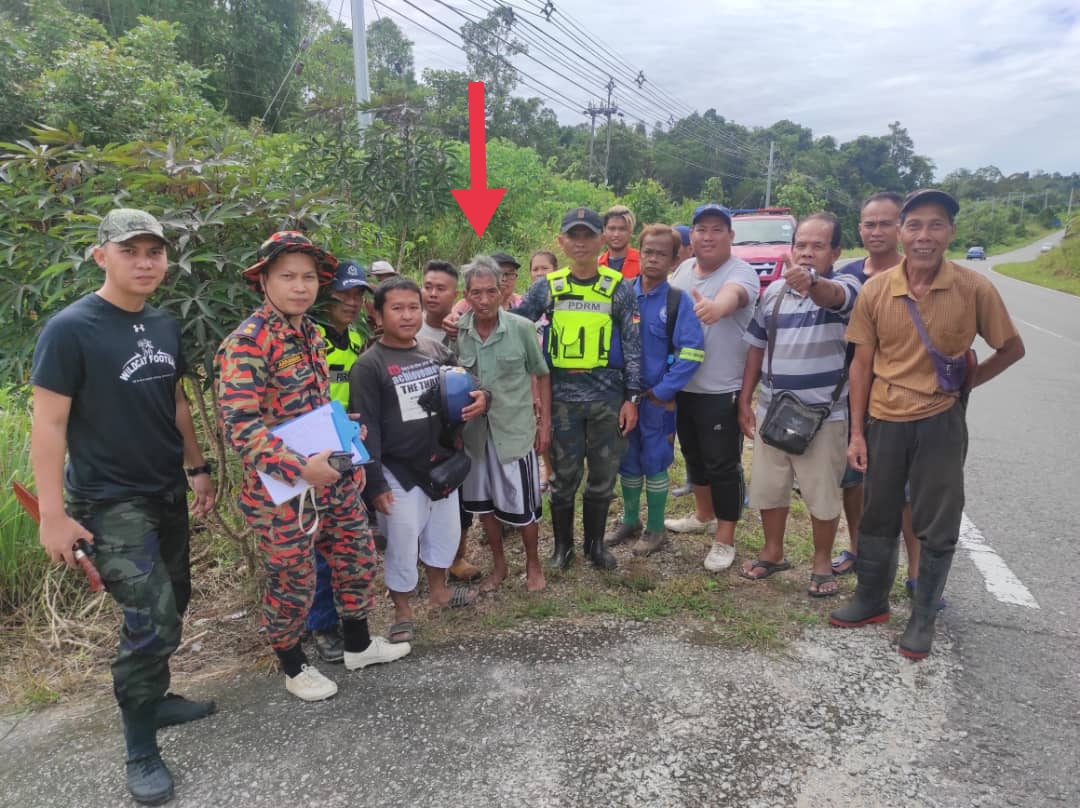 KANOWIT: A septuagenarian who was reported missing since July 12 near a longhouse Rumah Adrian, Sungai Ranan, was found safe and sound this morning.

KANOWIT: A septuagenarian who was reported missing since July 12 near a longhouse Rumah Adrian, Sungai Ranan, was found safe and sound this morning.

Last Tuesday, the 72-year-old man was reported missing by his in-laws around 3pm after he failed to return home from a fishing trip alone.

An initial search party carried out by the longhouse villagers on the same day, failed to bear any result.

Following that, Kanowit firemen were despatched to the scene after receiving a distress call the next day.

A spokesman from the Sarawak Fire Department operations centre said a search and rescue (SAR) operation was launched to locate the missing victim.

“On the second day of the search (yesterday), the rescuers were informed by the locals that the victim was found along KM8, Jalan Kanowit-Durin around 9.45am.

“The team went straight to the location of the discovery and confirmed that the victim was indeed the person who went missing since July 12,” the spokesman said.

The man who is in good health and did not suffer any injuries, was handed over to the police for further action.

With the victim found safe and unharmed, the search operation ended at 10.20am.

NCD – main cause of death 0