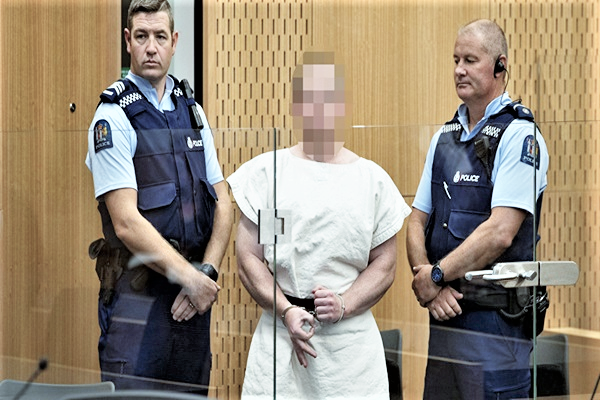 MOSCOW: Brenton Tarrant, an Australian national accused of perpetrating a deadly massacre in two mosques in New Zealand’s city of Christchurch, has pleaded not guilty, Sputnik news agency reported local media as saying on Friday, adding that his trial will begin on May 4, 2020.

Earlier in the day, Tarrant participated in a court hearing via a video conference from a high-security wing of Auckland Prison, the Stuff news outlet reported.

The charges against Tarrant include 51 counts of murder and 40 counts of attempted murder, as well as engaging in a terrorist attack.

During the hearing, a judge reportedly read out all charges to the attacker’s lawyer, after which Tarrant smiled and the lawyer entered the not guilty pleas.

The court ruled to keep Tarrant in custody until August 17 when the case review hearing is scheduled to be held.

The reports noted that around 80 mosque shooting victims and family members attended the Friday hearing.

The attacks in Christchurch took place on March 15, leaving 51 people killed and dozens injured. Tarrant was detained immediately afterward and has since remained in custody. – Bernama